Wuhan Attractions: What to See in Wuhan & Hubei

Wuhan, with a history of 3500 years, is one of the oldest megacities on Chinese history. There are many typical spot sites worthy to see in Wuhan City.

Visit Guiyuan Temple to explore ancient building and Buddhist culture in Qing Dynasty. Sightseeing Yellow Crane Tower to feel the First Scenery under Heaven. And the Hubei Provincial Museum is also a must-see where you can find kinds of antiques taking you back to Chinese history.

Besides, extending to the northwest of Hubei Province to explore the Taoism and learn Taichi in Wudang Mountain will be a memorable experience when traveling in Hubei. The other top thing to do is taking a Yangtze River cruise from Wuhan. No matter which attractions you choose, you are sure find something that will satisfy you to the most.

Hubei Provincial Museum is one of the best-known museums in China, located on the bank of beautiful East Lake. It was established in 1953. And it has a collection of over 200,000 objects including the Sword of Goujian, an ancient set of bronze bells (Bian Zhong in Chinese), and extensive artifacts from the Tombs of Marquis Yi of Zheng and the tombs at Baoshan. You could explore the incredible archaeological finds in the Chime Bells Exhibition Hall, the Chu (a state in the Spring and Autumn Period) Culture Exhibition Hall, and the Comprehensive Exhibition Building.

If you want to get a taste of Hubei’s rich history, be sure to pay a visit to the Hubei Provincial Museum when traveling in Wuhan. (Note: Opening Hours: 09:00-17:00, it is not allowed to enter after 15:30. It will be closed in every Monday.) 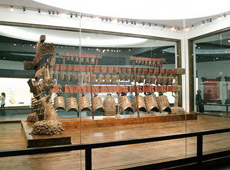 First built in 223 AD, Yellow Crane Tower is located on the bank of Yangtze River. This famous and historic Wuhan tower enjoyed the fame of “The First Scenery under Heaven”. It has five floors and every floor has different things to see. The theme of the first floor is about legend. On the wall, there is a 9-meter long and 6-meter wide painted porcelain pictures show a romantic scene of Yellow Crane Tower. On the third floor, you could see many poems which depicted the feeling after visited the tower. Atop the tower, travelers could enjoy a fabulous panoramic view of the magnificent Yangtze River and Wuhan City. 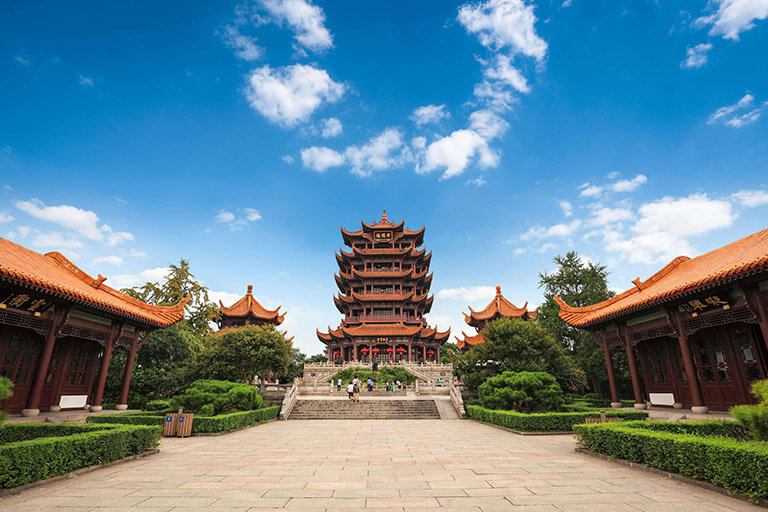 Guiyuan Temple, also Guiyuan Buddhist Temple, stands first among the four Buddhist monasteries in Wuhan. It was built in the year of 1658 during Qing Dynasty. Guiyuan Temple is composed of three courtyards, the north courtyard, central courtyard, and south courtyard which forms three group of complex, the Depository of Buddhist Texts，the Great Buddha's Hall and the Hall of Arhats. This temple attracts many visitors for its exquisite architecture, delicate sculptures and rich collections. It is worth a visit when traveling Wuhan. 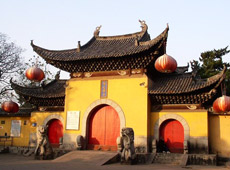 Wuhan East Lake is the largest city lake of China. The scenic area can be divided into five zones for the different natural environments. They are Tingtao Zone (wave listening), Mo Hill, Chuidi Zone (flute playing), Luoyan Zone (wild goose perching) and Hubei Provincial Museum. Altogether, there are 12 lakes in the scenic area. Over 70 various constructions were built along the lakes, including pavilions, terraces, and towers, together with more than 2 million species of trees. It is good to take a leisure walk after you visit Hubei Provincial Museum. 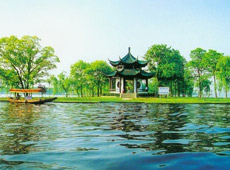 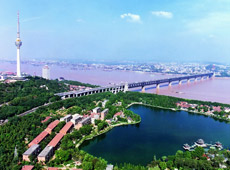 Heptachord Terrace, is a famous relic in the history of Chinese musical culture. The Heptachord Terrace is also called “Boya Terrace” with “Boya” from the name of Yu Boya who lived in Spring and Autumn Period (770 – 476 BC). That’s to say, the Heptachord Terrace was built to commemorate the two friends in Ancient China, Yuboya and Zhonziqi, who lobe music and by which they became bosom friends. Stories telling about their encounter and other experience passed down from generation to generation. The Chinese term “Zhi Yin”, meaning bosom friends, originated from the two music lovers.

Covered an area of about one hectare (2.5 acres), the Heptachord Terrace includes a courtyard, flower beds, and teahouse, which is exquisitely designed. Inscriptions, stone steles, statues of Yu playing the heptachord can be found at the Terrace. 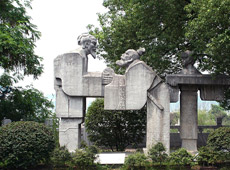 Wudang Mountain, located in the northwest of Hubei Province, is a famous Taoist holy mountain. It was listedby UNESCO as a World Cultural Heritage Site in 1994. Wuhang has beautiful natural scenery which resembles a traditional Chinese landscape painting.

In Wudang Mountain, visitors enjoy Kung Fu - Taichi performance and practice martial arts and meditation with Taoist priests. Also, have an overview of the historical glamour of Wudang ancient architecture and experience the charm of this world heritage site. It is good to take 2 days for your Mount Wudang trip. 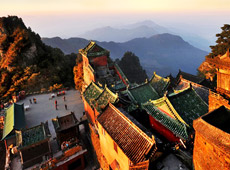 Other Top Things to Do in Wuhan

Visitors could take Yangtze River cruise from Wuhan. The only ship offers this cruise line is Victoria Sophia. Along the cruise travel, you will see Three Gorges Dam Site, Shennv Stream, Shibaozhai Pagoda, Three Gorges and more attractions in Wuhan and Yangtze River.

Some travelers choose to have an in-depth city tours in Wuhan, and take a high speed train to Yichang to take the 5 days Yangtze River cruise from Yichang. There are many ships offered for Yichang Chongqing cruise line. 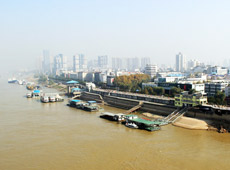 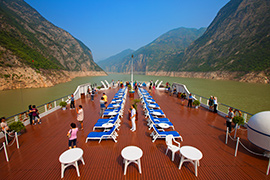 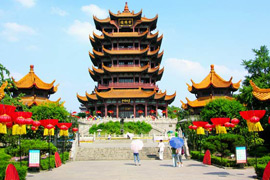 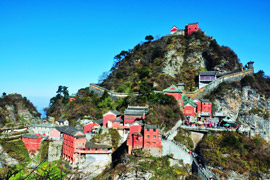