Nanjing, the Capital of the Six Dynasties, is city with a history of 2500 years. The city’s fascinating past has long captured the hearts of fans of Chinese history. Taking a visit to the ancient capital, visitors could know the history of Nanjing deeply.

To make your research much easier, we have selected the top 10 must-see attractions in Nanjing telling the stories of the city’s past and present.

Dr. Sun Yat-sen Mausoleum is a must-see site when traveling in Nanjing, located in the Purple Mountain Scenic Area in the east suburb of Nanjing. Sun Yat-sen was the father of Republic of China. He led the Chinese people brought down the corrupt rule of the Qing Dynasty and ended 2000 years of the feudal monarchy system and took China into a new age.

A visit to the Mausoleum of Dr. Sun Yat-sen, travelers could see the memorial archway, mausoleum gate, tombstone pavilion and memorial hall lining up on a north-south axis along a 73-meter-high slope. Here, you’ll not only have a better understanding of Nanjing history but also get deep into the modern China history. 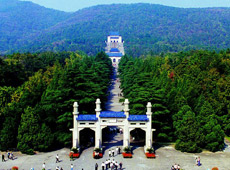 Situated along the Qinhuai River, the massive Zhonghua Gate is the southern gate of Nanjing City Wall. It is the largest and best-preserved castle like gate in China and the most complex structured in the world.

Zhonghua Gate was originally known as Jubao Gate which was built from 1366 to 1387 in Ming Dynasty. It is a part of Nanjing City Wall. The entire castle extends 129 meters from south to north and 118 meters from east to west, with highest point of the city wall being 21.45 meters. Zhonghua Gate has an important position in the military, history and culture showing ancient Nanjing. 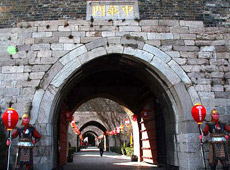 Nanjing City Wall, dated back to the 14th century in Ming Dynasty, is the city fortification to appreciate ancient architecture. Founded by the Ming Dynasty Emperor Zhu Yuanzhang, it was originally built to protect Nanjing from invaders. The Ming Great Wall of Nanjing was 35 kilometers long. It was considered to be one of the longest city walls in the world. Of the remaining gates, Zhonghua Gate or Jubao Gate was known during Ming Dynasty is the best persevered. Another gate still stands is Jiefang Gate with a small museum present history, exhibitions of the Wall. Walking along the Ming Great Wall of Nanjing takes you get back into ancient times. 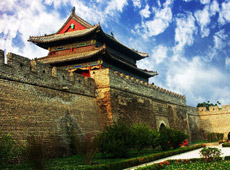 Qinhuai River, called the Mother River of Nanjing, is a river that runs 110 km through central Nanjing. Qinhuai River is the cradle giving birth to ancient culture of Nanjing. While, Qinhuai Confucius Temple Scenic Area is the liveliest area along Qinhuai River. With Confucius Temple at its center, the belt featured attractions like Confucius Temple, Egret Islet, Zhonghua Gate and Zhanyuan Garden as well as painted boats in the river and pavilions and towers on the riverbank is a combination of historic sites, gardens, pavilions, towers and folk culture and Jinling customs. When taking a trip to this area, don’t miss the local cuisine “Qin Huai Ba Jue” and the beautiful stories of “Qin Huai Ba Yan”. 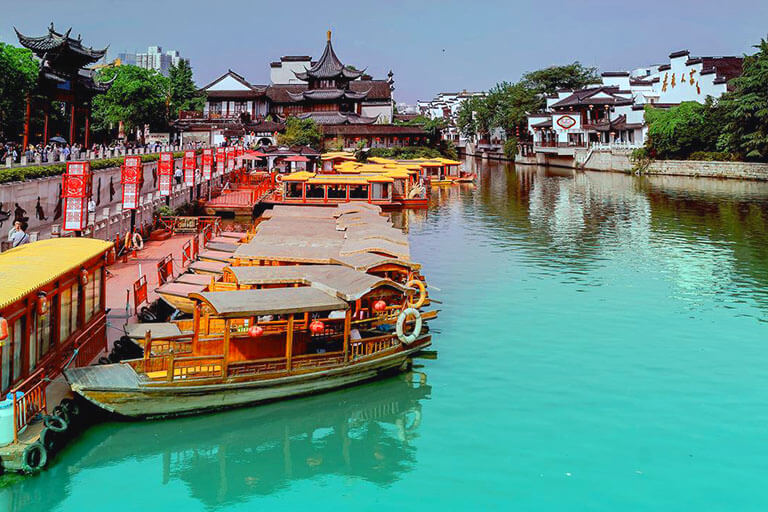 If Sun Yat-sen was important in the founding of modern China, while Confucius in 2500 years ago, who taught philosophy in China is considered the most important figure in the shaping of ancient Chinese civilization. The Confucius Temple was first built on the bank of Qinhuai River in the year 1034 during the Song Dynasty.

The Confucius Temple consists of three parts: the Temple, Jiangnan Gongyuan and Xuegong. Jiangnan Gongyuan was the largest examination area for people taking the imperial examinations. While, Xuegong was the Qing Imperial Academy for training mandarins to govern the vast empire. The Qinhuai Lantern Fair (Jinling Latern Festival) is the popular folk customs held yearly at the Confucius Temple between Spring Festival and Lantern Festival in Nanjing. Here, visitors could feel the true atmosphere of Chinese New Year and its own special culture of ancient Nanjing. 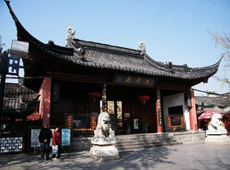 Presidential Palace is now a museum, the China Modern History Museum. It includes the former offices of many top government officials, including Chiang Kai-shek and Sun Yat-sen. Travelers could still see the flag of Kuomingtang flying.

The history of Presidential Palace can date back 600 years, and it was the location of the first Ming Palace. The Chinese revolutionary Sun Yat-sen was declared the first provisional president of the Republic of China here on January 1, 1912. Chiang Kai-shek, headquartered his Kuomingtang government here from 1946-1949. Travelers could see his office kept in its original state, on the second floor of Zichao Building. 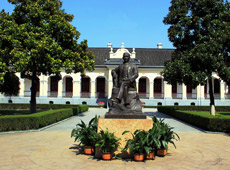 No.7: The Memorial Hall of the Nanjing Massacre

The Memorial Hall of the Nanjing Massacre is a hall to memorialize those that were killed in the Nanjing Massacre by the imperial Japanese Army in and around Nanjing in December of 1937. It is located in the southwestern corner of Nanjing known as Jiangdongmen. The building is designed in black and white granite blocks, giving a feeling of solemnity and reverence. It consists of three parts: the outdoor exhibits, the remaining bones of the killed and the museum for historical material displaying. It shows the tragic history of Nanjing. You’d better choose a grey or rainy day and take a deep breath when visit this site. 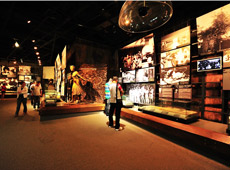 The Memorial Hall of the Nanjing Massacre

This bridge is the unique bridge for double type railway and highway over the Yangtze River. Upper level of the highway bridge is 4589 meters long and 15 meter wide which can hold 4 large car parallel. Below the railway bridge is 6772 meters long and 14 meters wide, covered by dual track. Taking a little time to see the Nanjing Yangtze River Bridge, you’ll have a good view of Yangtze River, but also appreciate the impressive construction and know some Chinese recent history. 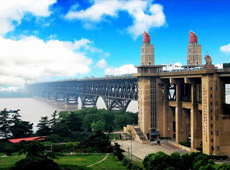 No.9: Xiaoling Mausoleum of Ming Dynasty

The mausoleum lies on Dulongbu Hill below the western peak of the Purple Mountain. Its site and structure were chosen by Zhu Yuanzhang himself and was built in 1391 - 1393. When enters the site, visitors could see the monuments Great Golden Gates, giant stone tortoise; walk along 1800-meter-long Sacred Way, pass Lingxing Gate and get to the burial area. 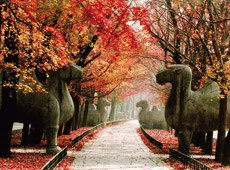 The 4.72-square kilometer Xuanwu Lake Park was the largest Imperial lake garden in China’s history. It is good for a leisure walk. With lots of scenic spot and historical sites, Xuanwu Lake is reputed as “A Bridge Pearl of Nanjing”.

There are five isles in the lake: Huan Isle, Ying Isle, Ling Isle, Liang Isle and Cui Isle. All the isles are linked to each other by bridges and causeways. It also features teahouses, pavilions, boats, ferries, restaurants, and zoo. 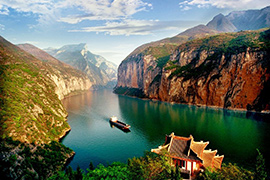 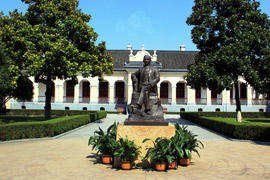