Wu Gorge (巫峡) is 45 kilometer long, starting from the mouth of the Daning River in Wushan County of Chongqing in the west and ending in Guandukou of Badong County, Hubei Province in the east.

Wu Gorge is filled with flexuous and weird peaks, rising mists and spectacular sightseeing, known for its deep valleys and forest covered mountains.

Also called Da Xia (Large Gorge), the Wu Gorge is comprised of Golden Helmet and Silver Armor Gorge (Jinkui Yinjia Xia) and Iron Coffin Gorge. As strange peaks, grotesque rocks as well as fog and clouds surround the gorge, it is usually the most notable of the three gorges. Because of the long and deep canyons in the Wu Gorge, the daily period of sunlight is short which impedes the dispersal of air borne moisture within the gorge and so creates clouds and fog in a variety of fantastic shapes. How wonderful it is!

What to See around Wu Gorge?

To view the spectacular Wu Gorge, you can choose any Yangtze Cruise Ships, such as Victoria Cruises, Century Cruises and President Cruises. Both upstream and downstream cruises of these cruise companies will take you to the Wu Gorge. 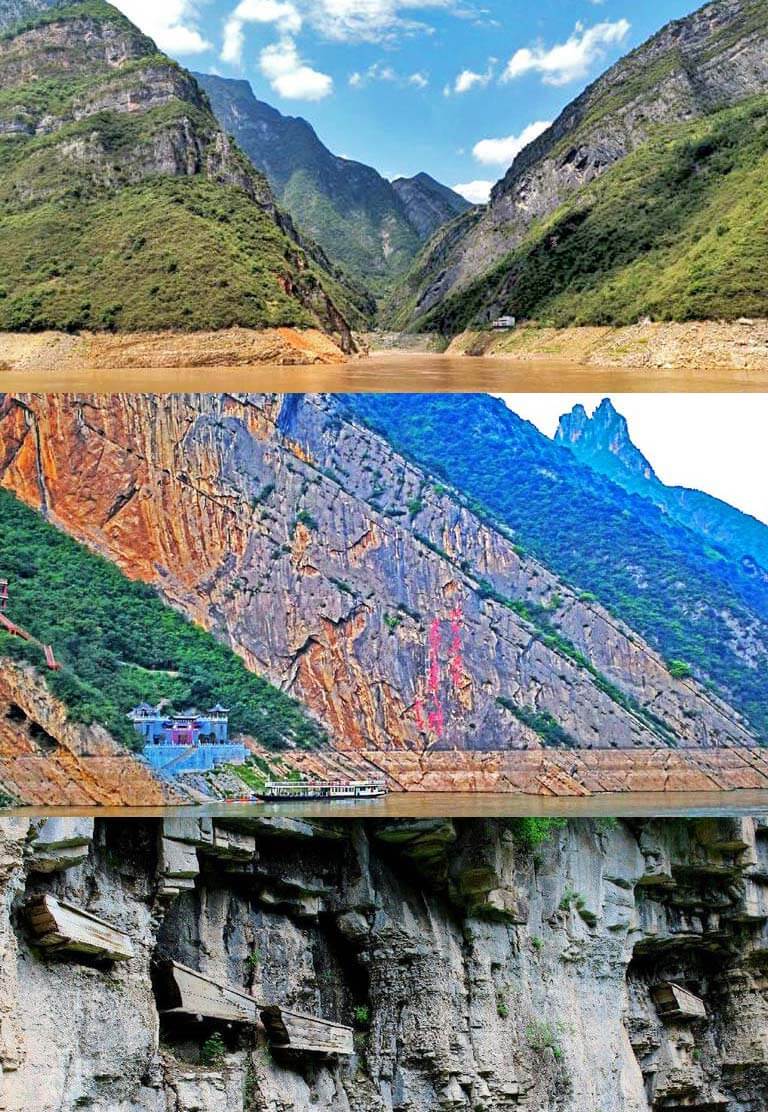