Where are Zhangjiajie and Yichang & How Far between Them? 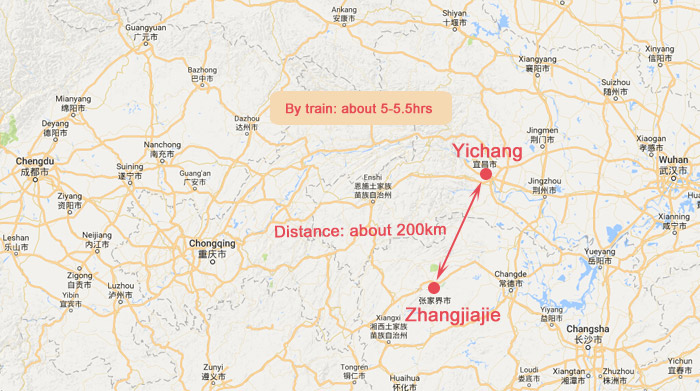 To go to Zhangjiajie from Yichang, a train is one of the best and most convenient ways for Yangtze River cruise tourists. Every day, there are 2 K-trains departing from Yichang East Railway Station to Zhangjiajie, which are the K1609 and K1473. The whole journey takes about 5 hours.

For people taking a downstream Yangtze cruise from Chongqing to Yichang, you would leave the ship and arrive in Yichang at about 12:30-13:30 on the disembarkation day. Therefore, we suggest you book a train departing from Yichang after 14:30 so that you could have enough time for the traffic without in a hurry. However, the trains from Yichang to Zhangjiajie usually all depart before 15:30 , and you could spend one more day to discover the highlights in Yichang and transfer to Zhangjiajie on the next day. Check the detail time schedule of trains from Yichang to Zhangjiajie for your reference at below.

(Note: the above tarin schedules, time and duration are only for your reference, which may be adjusted according to practical situation.)

About how to get to Yichang from Zhangjiajie, you could also choose one from the 2 trains running every day from Zhangjiajie to Yichang East, which are the K1610 and K1474 from the early morning to the late night. The train of this route would need about 5-5.5 hours to arrive in Yichang.

And for guests booking the upstream Yangtze cruise from Yichang to Chongqing, the arranged tourist bus catching time begins at around 16:00 and the cruise embarkation time begins at around 18:00 in the late afternoon. We advise you arrange your train arriving at Yichang East Railway Station before 16:00 on the embarkation day. And according to the time schedule of trains from Yichang to Chongqing, the K1474 is the most suitable one. And if there is no suitable train for you to choose on your embarkation day, you could consider arriving in Yichang one day earlier to spend some time savor the interesting attractions in this city and board the ship the next day. Check the detailed Zhangjiajie to Yichang train schedule at below for your reference.

(Note: the above tarin schedules, time and duration are only for your reference, which may be adjusted according to practical situation.)

Zhangjiajie Railway Station (张家界站) is at the city downtown area of Zhanjiajie. And it is served mainly for the K-trains between this city and Beijing, Shanghai, Guangzhou, Changsha, Kunming, Guiyang, Nanning, Shenzhen, Zhengzhou, etc. It is also so far the only station having train to and from Yichang. 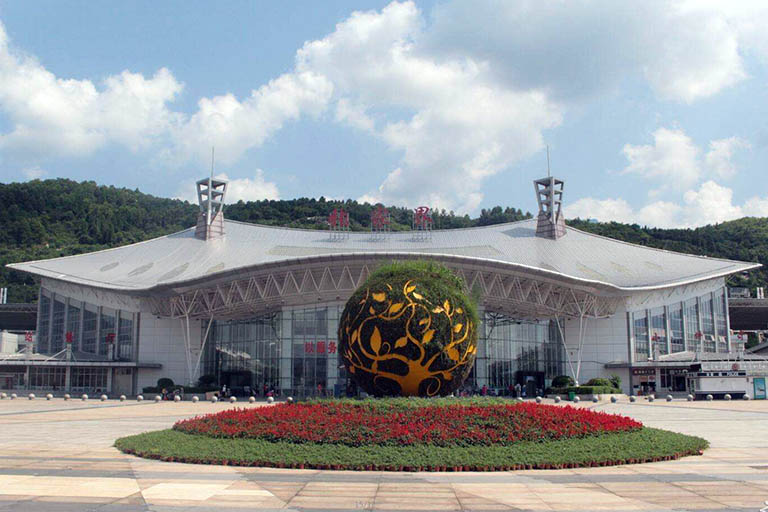