Yichang, one of the main port of Yangtze cruises, is the throat connecting the Eastern and the Western parts of China by air, railway, expressway and waterway. Our detailed Yichang transportation guide with clear direction will help you easy to get to airport, railway station and ports in Yichang. There are also useful city-to-city transportation guide shows you how to get to Yichang from popular destinations like Shanghai, Zhangjiajie and Wuhan etc. Worry free and just start your lifetime getaway right now! 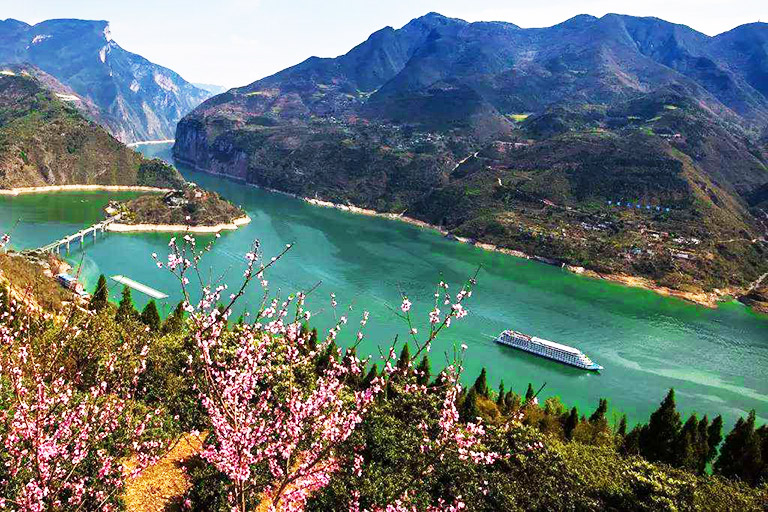 Yichang, the second largest city in Hubei Province, is regarded as the best gateway to Three Gorges and Three Gorges Dam along Yangtze River. There are three common ways for travelers to get to Yichang, by air, by train or by ship.

Get to Yichang by Flight - Sanxia International Airport

There is an airport - Sanxia International Airport in Yichang, 26 kilometers away from Yichang Downtown and 55 kilometers away from Three Gorges Dam Site. Frequent scheduled flights go to/from more than 20 domestic destinations including Beijing, Shanghai, Guangzhou, Shenzhen, Wuhan, and Xian etc. 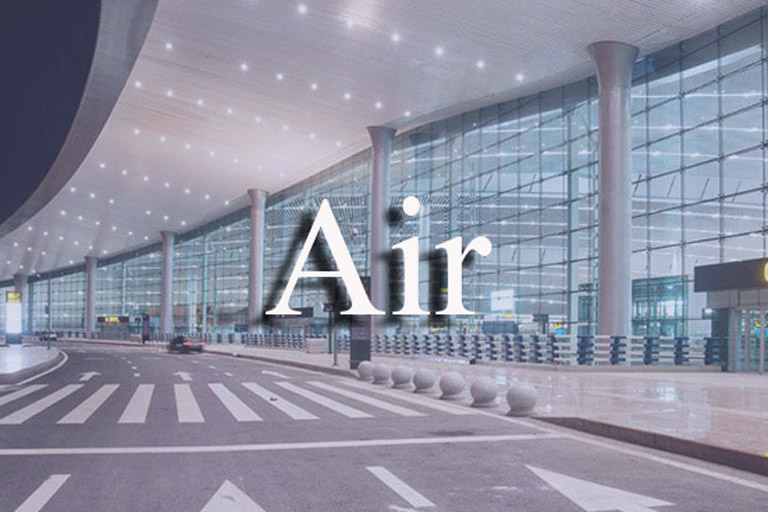 Get to Yichang by Train - Yichang East Railway Station

There is only one main railway station - Yichang East Railway Station (宜昌东站). Served by several railway lines, Yichang is well connected with Shanghai, Wuhan, Beijing, Xian, Chengdu, Guangzhou and Shenzhen. Travel by daily bullet CHR trains, it takes about 2.5 hours to Wuhan and 7.5 hours to Shanghai, 5 hours to Nanjing, etc., offering you great convenience to get to or away from Yichang.

Recently, there are no direct trains to Guilin at present, so you should transfer to Wuhan or Changsha first by bullet train and then take a flight or high speed train to Guilin. 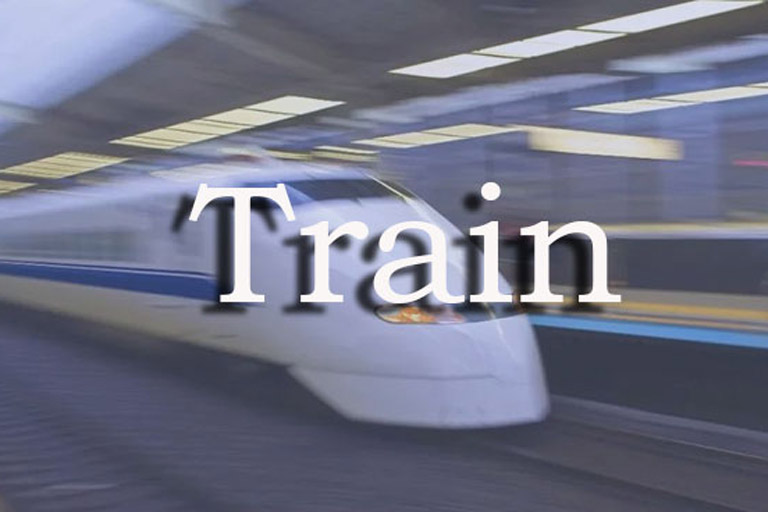 Get to Yichang by Train

Get to Yichang by Ship - Ports in Yichang

As one of the most important river port city located in the boundary between middle reaches and the upper reaches of the Yangtze River, Yichang has 6 ports. Among all ports, the most frequently used two are Yichang Maoping Port and Sandouping Port. (Yichang Taohuacun Port and New Century Port are stopped using in 2020). 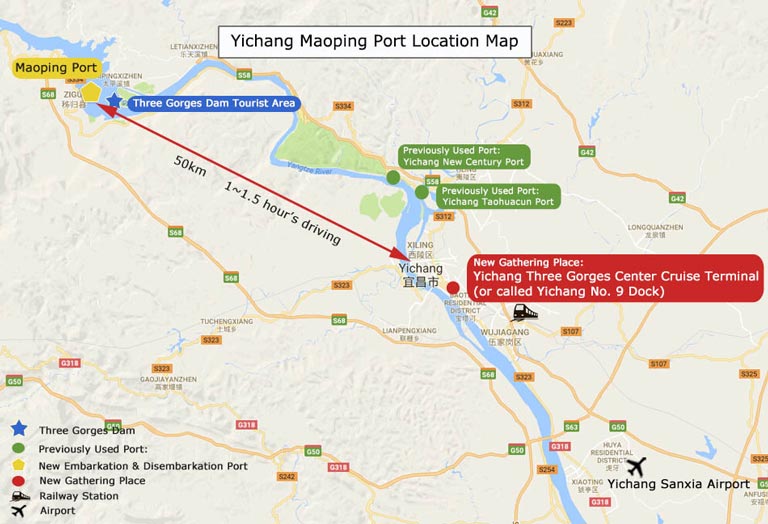 Sandouping Port is located at the south bank of the middle part of beautiful Xiling Gorge, about 70km away from Yichang Sanxia Airport and 51km from Yichang East Railway Station, takes about 2 hours and 1.5 hours by car separately. Because the port is a little bit far from the Yichang downtown, so it might be hard for you to find taxi around. 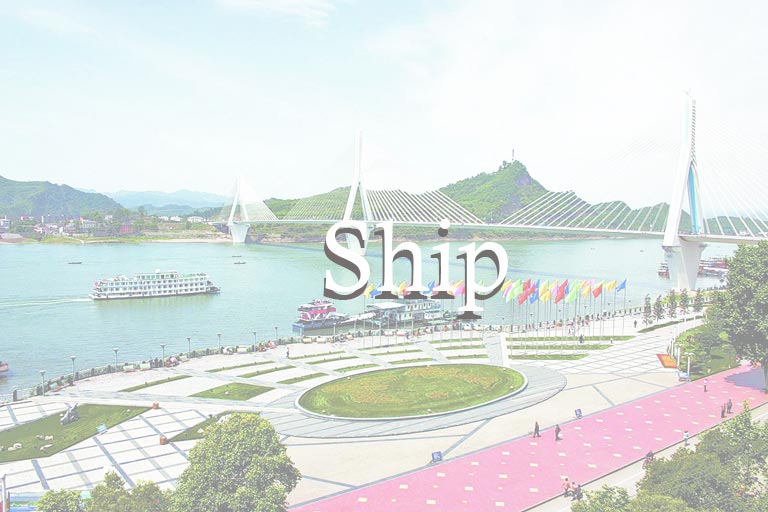 There is no subway in Yichang city, taxi and bus are the only two public transportations you can find in Yichang downtown. However most attractions in Yichang are little bit far from downtown area, some might not be reached by bus or taxi. To save your time and energy, you are recommended to book a private car service in advance to tour around Yichang.

Travel with yangtze-river-cruises.com by Private Car

Comparing with Chongqing or other hot destinations in China, public transportation system in Yichang is not developed that well. Moreover most ports and main attractions are far from Yichang downtown area in the west, right on the opposite direction of downtown area to the airport or railway station. Therefore, transferring between airport/ train station to ports and attractions in Yichang by private car is the most convenient way chosen by most of our customers.

Our www.yangtze-river-cruises.com also offer convenient private car service. No matter you are going to travel from Yichang Airport to Yichang downtown for accommodation, or to Maoping port to catch your cruise ship or make a return trip from the Three Gorges Center Cruise Terminal to airport/railway station after the cruise journey, we can help you make a travel as smooth and hassle-free as possible. Once you booking such a service, your English-speaking tour guide will be waiting for you at the airport or the dock, with a sign with your name on it holding in his/her hands. Your local driver will escort you directly to your destination in convenient. Along the way, your guide can also give you a brief introduction of Yichang city and share some insider tips. If you need such a service, please feel free to send us your group size, traveling date and time for enquiry.

In Chongqing, Yichang and Shanghai, we also offer lcoal transfer services. By Booking our transfer with your crusie,
you’ll get:

Get around Yichang by Taxi

Ports and attractions in Yichang are all little bit far from city center that not so well connected by city buses and taxis. The following is the referential taxi fee about the transfer between city center (Three Gorges Center Cruise Terminal) and attractions and ports in Yichang. The price and time may be different based on the real situation in Yichang.

(Note: Since the docks and scenic spots are far from the city, taxi drivers may be reluctant to go. So if you would like to travel by taxi, you are recommended to arrange and book in advance.)

More than 80% of foreign guests go to Yichang are not for city tour but for taking the Yangtze River cruise ship and enjoying a leisure break on Three Gorges. Cruise boarding/disembarkation ports in Yichang are all far from downtown area. For Yangtze River cruise guests using Maoping Port or Sandouping Port for embarkation and disembarkation, the cruise company will take the responsibility to arrange the bus to transfer guests between the appointed gathering places in Yichang downtown and the Ports.

Recently, the only gathering place to take the cruise transferring bus is the Three Gorges Cruise Center Terminal.

The main tourist center to get on and off the transferring buses arranged by cruise company is the Three Gorges Center Cruise Terminal which is located at the city center of Yichang. Three Gorges Center Cruise Terminal is about 28km from Yichang Sanxia Airport and 9.5km from Yichang East Railway Station, takes about 40mins and 25mins by car or taxi.

For upstream cruise embarkation in Yichang, you should gather at Yichang Three Gorges Center Cruise Terminal during about 16:00-21:00 to catch the arranged tourist bus to Maoping Port for embarkation.

For downstream cruise disembarkation in Yichang, you will take the arranged bus at Three Gorges Dam Site to Yichang Three Gorges Center Cruise Terminal for ending your cruise tour. 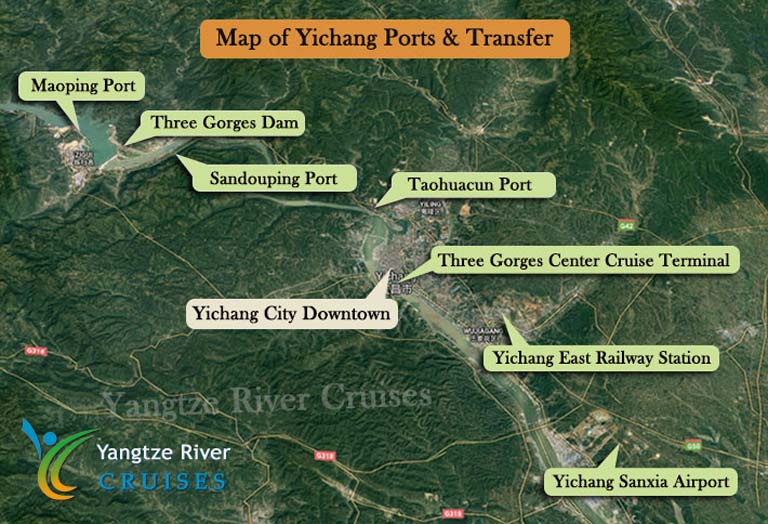 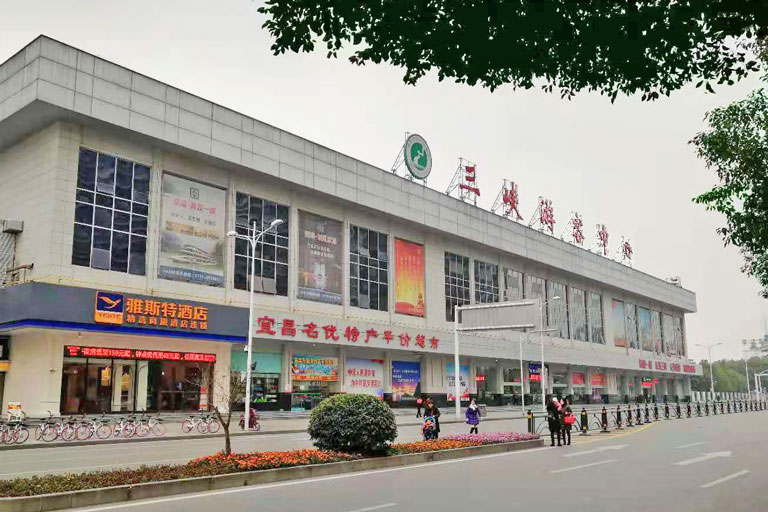 Since Shanghai is a hot destination for travellers and also a major metropolis with very complete net of traffic with other places in China and the whole world, a lot of Yangtze River cruise tourists choose to transfer to Yichang from Shanghai or to Shanghai from Yichang.

Shanghai is about 970km away to the east of Yichang City, you could choose the daily flights or frequently bullet trains to travel between these two cities. There are 6-7 flights every day taking off from Shanghai Pudong International Airport (上海浦东国际机场) to Yichang Sanxia International Airport (宜昌三峡国际机场), the earliest flight would take off at around 7:30 in the morning and the latest would leave at around 17:00 in the afternoon. The whole journey takes about 2 hours and 20 minutes. Besides flying between Yichang and Shanghai, you could also choose to take the bullet trains. There are also about 9 bullet trains running between Shanghai Hongqiao Station (上海虹桥高铁站)/Shanghai Railway Station (上海或车站1) and Yichang East Railway Station (宜昌东站) from the early morning till the afternoon, which need about 6.5-8 hours. 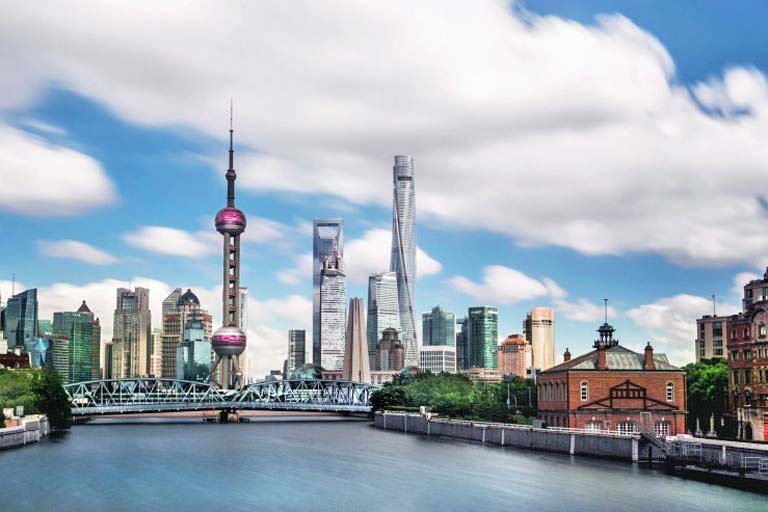 Want experience the top two famous river cruise in China? Touring Guilin and the Three Gorges together, you will get a chance to fully taste the best riverbank scenery in China. No direct trains or airplane are available between both cities recently. To get from Guilin to Yichang, you can choose to take a flight tranfer or train transfer. 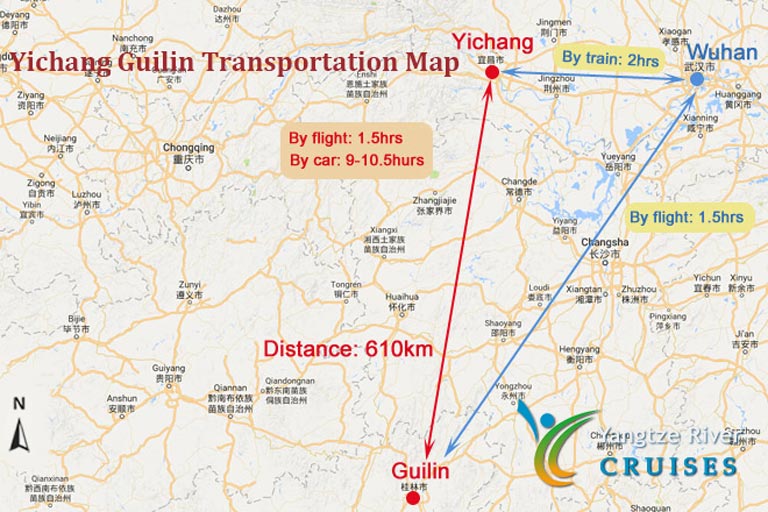 Zhangjiajie, in the northwestern Hunan Province in south China, is always one of the top options for both new and experienced world travelers to China. Thanks to the close distance between the “Avatar World” Zhangjiajie and the Yangtze River port city Yichang, tourists usually travel Zhangjiajie and cruise Yangtze River in one go! Dur to the complex geographical condition between two places and not very long distance. At present, the most convenient way for tourists to travel between two cities is by normal trains. 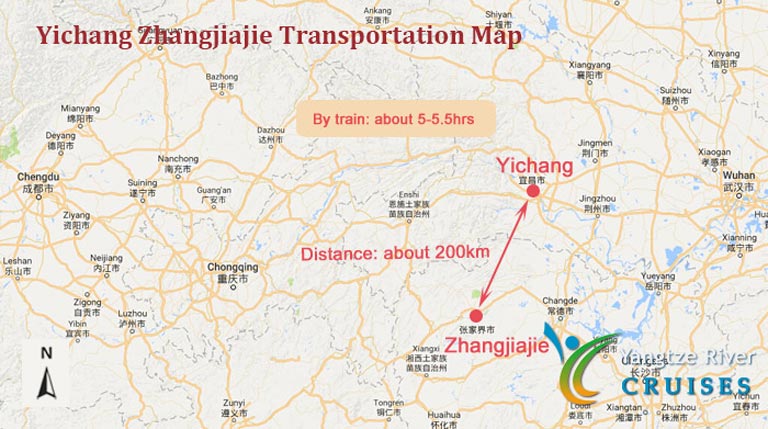 Now that you know all the traffic info and "secrets" of Yichang, you can ride with confidence on your next Yichang tour, Yangtze tour even China tour. However, if you still feel annoying about visiting Yichang by yourself, how about travelling with www.yangtze-river-cruises.com and let us take care of everything for you? The tour can be tailor-made according to your group size, time, physical condition, plan, interests, budget and other special need. No matter you want to put Yichang into your Yangtze River trip or cover several destinations together or even extend your Yangtze cruise tour all over China, www.yangtze-river-cruises.com can provide you best tour guides and experienced drivers with comfortable private cars in any of the destinations. Our English-speaking tour guide will accompany you all the way, showing you the best traveling route and telling beautiful stories in each of the destination.

Please feel free to contact us if you need any help or customize the tour with free quotation!

Still feel trouble? Check How to Choose Your Best Yangtze Ship to get inspired now!

Jay
Taxis availabe at the end of cruise
When taking the Chongqing to Yichang cruise, where do you finish after the three gorges dam tour? Is it the visitors center? Are taxis available there? Or will we need to pre-arrange for transport. thank you
2018-05-05 19:28
Hi Jay,

Thanks for your questions. For most of the Yangtze River Cruises (except Yangtze 1 Cruise) from Chongqing to Yichang, travelers will first disembark at Maoping Port and then for Three Gorges Dam visiting. After the dam tour, take the buses arranged by the cruise companies heading to Yichang Three Gorges Cruise Terminal (宜昌市伍家岗区沿江大道142号-宜昌三峡游客中心) for departure. The cruise terminal is located in the center of Yichang downtown area where taxies are available. Prices are not fixed and you’d better discuss it with the driver before getting on. (for more info, you can read: https://www.yangtze-river-cruises.com/yangtze-river-guide/maoping-port.html)

Or, you can tell your arrangement and schedules to the front desk of your cruise, and they may arrange buses heading to Yichang East Railway Station / Yichang Sanxia Airport and the cost will reasonable.

If travelers who book cruise ship with us, we can pre-arrange the transport. If you have any needs, please tell us. Have a great day!
Daisy at yangtze-river-cruises.com 2018-05-07 18:35

James
flights from Yichang to Beijing or Shanghai
The airlines and its flights schdule
2017-10-05 20:02
Hello James,

Thank you for the question. There are usually 1 to 3 direct flights of Air China, Beijing Capital Airlines, and Grand China Air, from Yichang to Beijing every day, and the flight duration lasts about 2 hours and 10 minutes to 20 minutes. And from Yichang to Shanghai, there are about 1 to 2 daily flights of China Easter Airlines or Shanghai Airlines, usually starting around 16:00 and 18:00 in the afternoon, and the whole journey would take about 1 hour 40 minutes to 45 minutes.
To board on the flight on time, you are recommended to leave enough time for the transfer and it is better to arrange your flight after 15:00 in the afternoon or even later. Also, you could arrange your flight on the day after your embarkation date, so you could escape from being too hurry and more time to explore the highlights in Yichang.