"The mighty Yangtze river and its Three Gorges has long been one of Asia's most revered and dramatic nature attractions." - by Mr. Richard Carroll

With a total length of over 200 km, Three Gorges stretches from White Emperor City in Chongqing to Nanjin Pass in Yichang. Endowing with one of the largest gorges in the world and one of the ten finest scenic sites of China, Three Gorges is the must see of Yangtze River and a highly recommendation for travelling in China .

How to achieve it? Taking a Yangtze River cruise is the best way to cover the most highlights of the Three Gorges to see the charming beauty of China. Furthermore, as lots of famous ancient poems and complimentary words were created there after the poets and scholars appreciated the fascinating sceneries there, you could also imagine and feel the emotion of them on the cruise along the way through the Three Gorges and also learn about the rich culture and history of China. 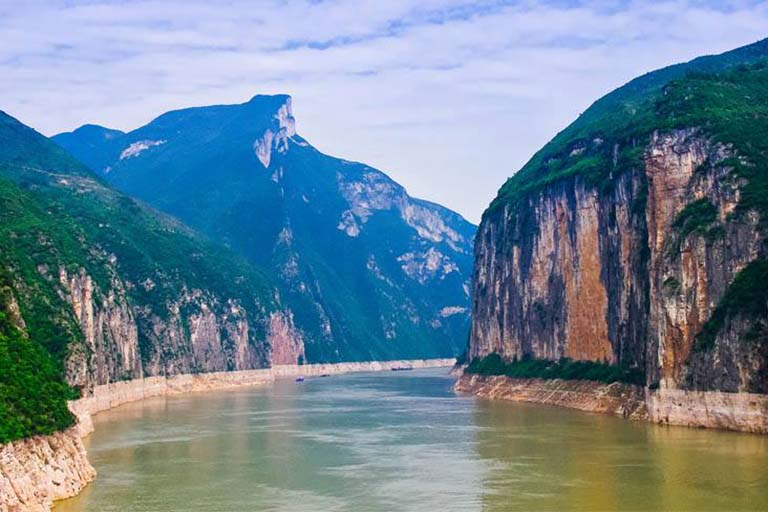 With the gorgeous scenery along the way, Three Gorges is reputed as one of the ten most famous scenic sites in China. Among all the various gorges, broad valleys, streams, etc. divided by people, the best well-known and featured gorges are Qutang Gorge, Wu Gorge and Xiling Gorge, which is the real essence the Three Gorges. Check the detailed highlights of each gorge at below.

Known for the majestic view, Qutang Gorge is the shortest one of only 8 km from White Emperor City to Daxi stream. However, there actually are many places of interests along both banks of this gorge for your sightseeing enjoyment and historical culture enrichment. With dramatic and gorgeous ancient narrow trestle road along the cliff, it is also endowed with great human culture relics.

What to see in Qutang Gorge:

White Emperor City: nationally famous, it is a great site to know the touching history of Liu Bei, King of the Shu Kingdom, entrusting his sons to Zhuge Liang, his loyal minister before he died there and more interesting stories of the Three Kingdoms period thousands of years ago.

Kuimen Gate: long been well-known as “Kuimen Gate boasting the most magnificent view under heaven,” Kuimen Gate is the shining spot of Qutang Gorge and get its real essence. Thus, it is pressed on the 10 Yuan Chinese note. 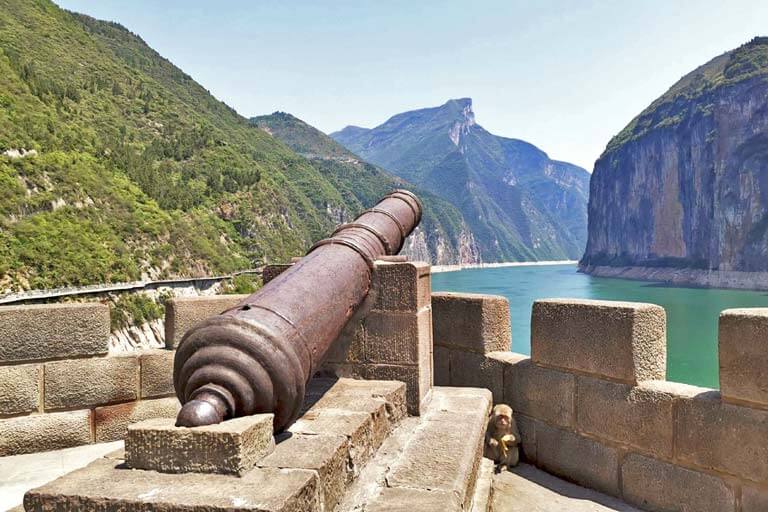 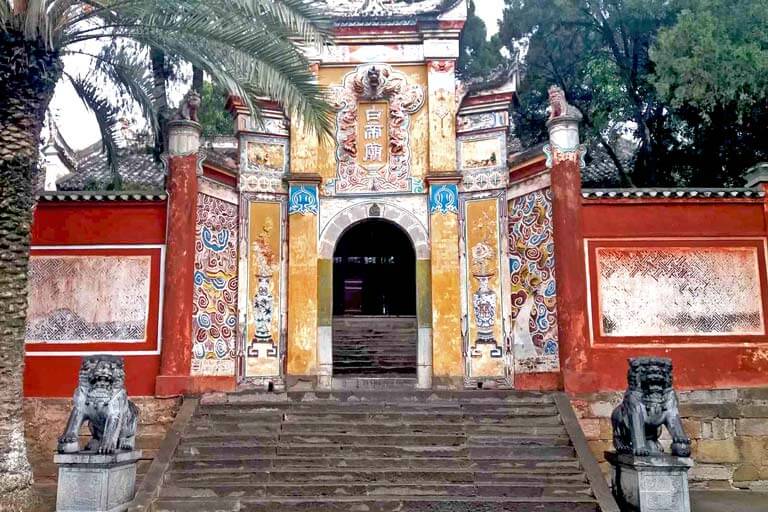 As the deep and quiet canyon, Wu Gorge extends 45 km from Wushan to Guandukou in Badong County, so it is also called the Large Gorge (Da Xia). Featured with fantastic and peculiar strong peaks, banking the water and boasting an interesting legend, Wu Gorge presents elegant, twists and turns, and attractive sceneries. Its beautiful and poetic views make people seem to enter into an amazing picturesque gallery.

What to see in Wu Gorge:

Shennv Stream: a tranquil and mysterious fairyland with multiple high hills embracing the emerald water. Highly recommended place to escape from city noise and immerse into the serene nature.

Shennong Stream: branch stream from Wu Gorge of about 60km. It is popular by the various shoals and the idyllic featured rural life and natural scene. The “bean pod” sampan is the best try to feel the authentic ancient life there. 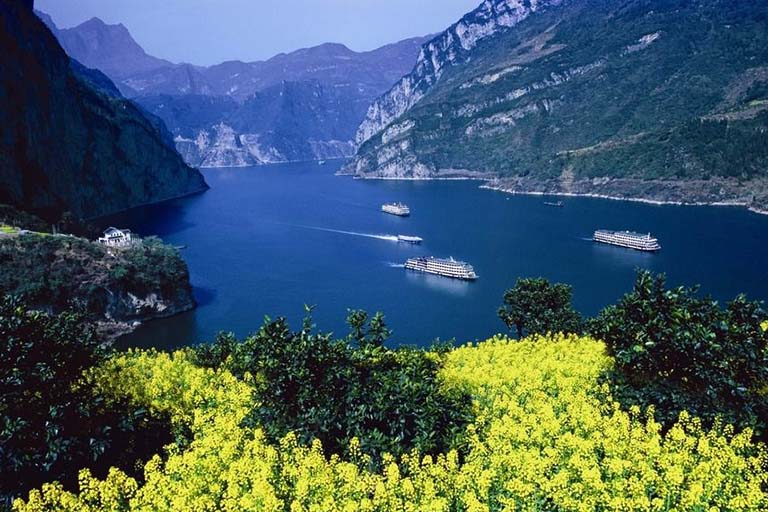 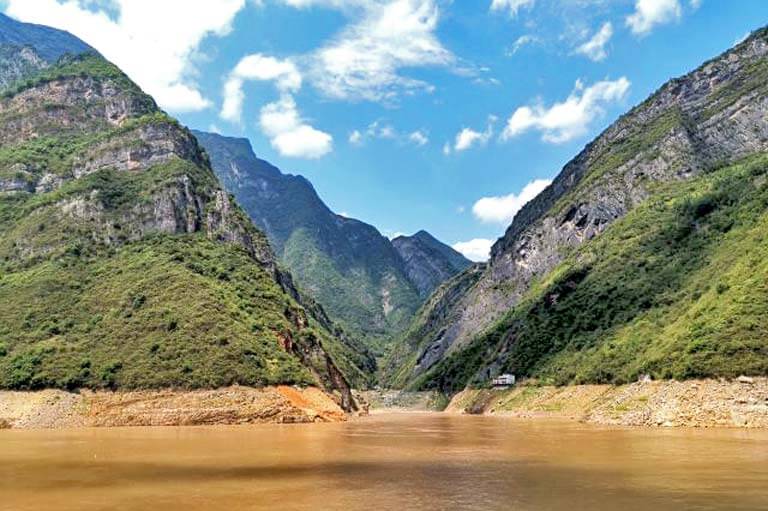 Section from Zigui to Nanjin Pass in Yichang is called Xiling Gorge, the longest part with 76 km and also the most beautiful one among all the three gorges. Known for its dangerous rugged shoals & turbulent waters, historically. Now tourists can hardly see the billowy waves, but the beautiful landscape and historical sites will let you forget the worries and linger, like exploring the Three Travelers’ Cave and Huangling Temple, both historical landmarks.

What to see in Xiling Gorge:

Three Gorges Dam Project: It is the world largest and most complicated hydro power engineering, which has improved the electricity production, flood control, shipping, irrigation, economy and many other aspects of cities and towns along the Yangtze River.

Tribe of Three Gorges: famous ancient village to appreciate the picturesque scenery of water, hill, residents and houses, and feel the simple and pure life and customs of local Tujia people.

Quyuan Birthplace:: hometown of the great poet called Qu Yuan, where is best to know about the great stories of him and the historical cultural relics of the Warring States Period. It also a good point to admire the Three Gorges Dam Project. 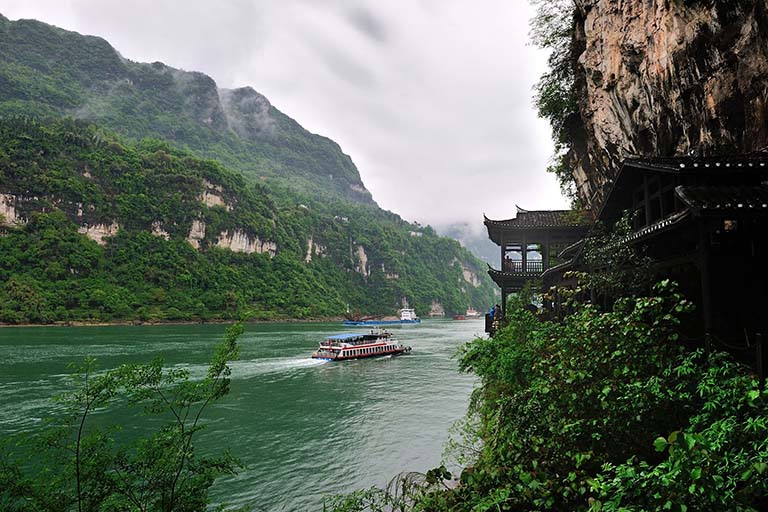 As the completion of the Three Gorges Dam which has raised the water level of the Yangtze River up for about 175 meters, some historical sites like the trestle roads have been drowned out in the water, therefore, visitors now to the Three Gorges cannot see them, but could see some stone holes in the cliff in some sections. However, natural sightseeing of the peculiar and magnificent mountains and water, famous historical attractions, and tranquil spots of nice sceneries still can be enjoyed freely.

In fact, Three Gorges are suitable to be visited in all the four seasons. However, periods of spring, autumn and winter are the best.

In spring from about March to May, you can appreciate the pinky peach blossoms on the banks in the warm sunshine. In autumn from about September to November, the fresh fruits and the golden autumn leaves dress up the mountains into the beauty. And in winter from around December to February, the fiery red leaves spreading the continuous hills make it the best time for photographing. And in summer from around June to August, plants and trees at the Three Gorges are flourish, which provides a cool retreat from the heat. 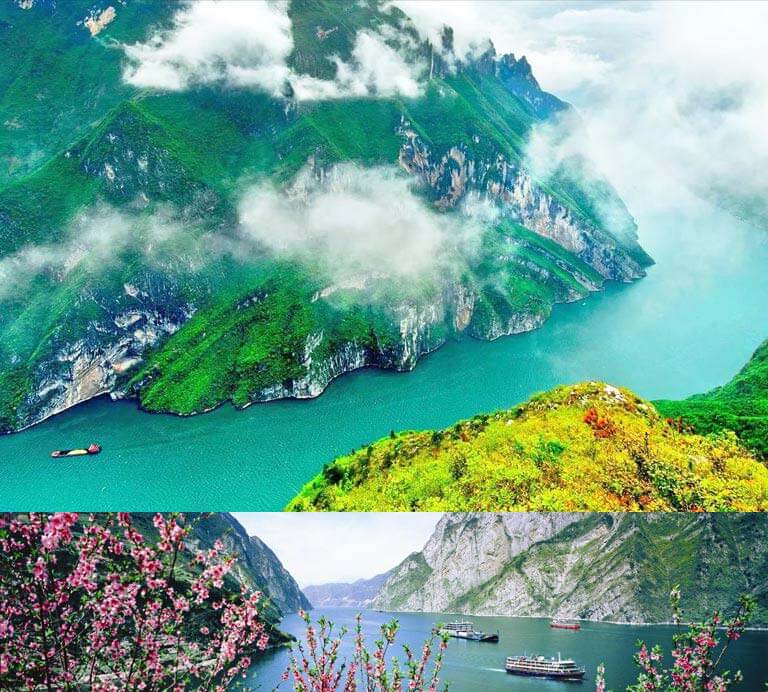 Three Gorges Map & How to Get There

The Three Gorges is located between Chongqing and Yichang, crossing about 193 kilometers from the White Emperor City in Fengjie County in Chongqing, via Enshi to Nanjinguan Pass in Yichang city. As the highlights are along the Yangtze River without good roads available, we highly recommend you take a Yangtze River cruise to admire the impressing gorges in a leisure pace and get the essences of both the natural views and historical culture by the introduction of the cruise tour guide.

Besides the above, you could also head to all Yangtze River Three Gorges Cruises to find your most ideal ship to star sailing in 2022!