What to See in Fengdu Ghost City - Yangtze Cruise

According to legend, the bridge connects the nether world with the real world and is a testing point for good and evil. The bridge is composed on three identical stone arches, and the middle one is used for testing people. There are different protocols for crossing the bridge depending on your gender, age and marital status.

Below the bridge are square-shaped pools of water. Virtuous people will pass over the bridge without obstacle; villainous people will fall into the pools below. The other two arches are called the golden and silver bridges respectively. When preparing to leave, visitors are encouraged to pass these two bridges because according to local superstition this will bring them good fortune.

The Ghost Torturing Pass is the second test before entry into the nether world. It is said that this is the place where the dead report to the Yama, the King of Hell, for judgment. In front of the structure there are eighteen sculptures depicting ferocious demons. Each of these devils is quite lifelike creating a feeling of true eeriness. 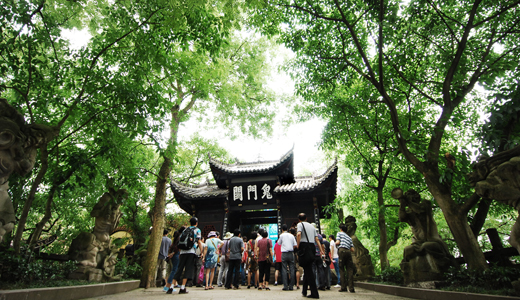 Having over three hundred years' history the palace covers an area of nearly 2,908 square yards. It is composed of a temple gate (paifang) and the palace itself.

The gate is an archway made of wood and stone rising to height of nearly 33 feet. The palace is the nerve center of the Ghost City and is the oldest and largest temple on Ming Mountain. 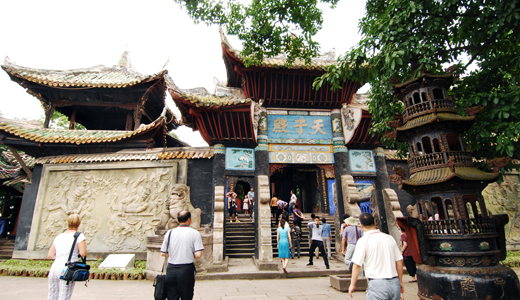 One other ghostly attraction in Fengdu worth mentioning is the Last-Glance at Home Tower. This structure was built in 1985 and commemorates the site where spirits consigned to hell could take one last look at their families.

The Snow Jade Cave has become a popular scenic spot along the Yangtze River as well as a research site for the study of caves.

Located about 8 miles from Fengdu city, the Snow Jade Cave is rated as China's most beauty by Chinese National Geography. Discovered in the mid 1990s, the cave is over 1,022 miles long, and is the youngest cave discovered in China presently. 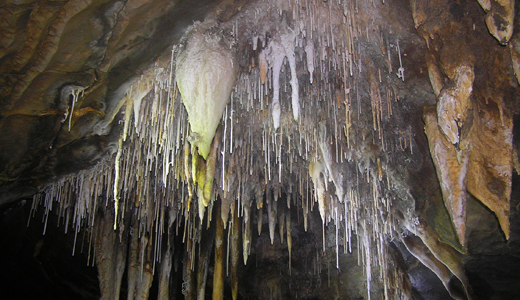 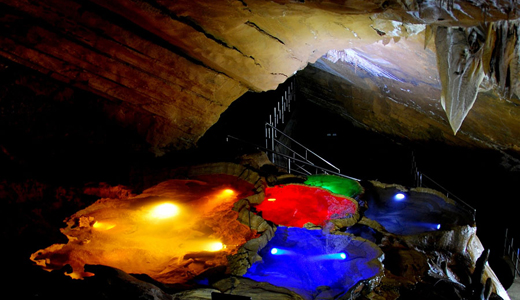