What to Do around Chengdu

Want to spend 2 or more days traveling beyond the leisure city? Here, we picked the top 6 attractions in Sichuan for your further exploration. Go with us and discover now!

Top 6 Things to Do around Chengdu

Jiuzhaigou Valley, the Fairland on Earth, keeps the best water sightseeing in China. It is well-known for its fabled blue and green lakes, spectacular waterfalls, narrow conic karst land forms and its unique wildlife. It was listed as UNESCO World Natural Heritage Site in 1992. 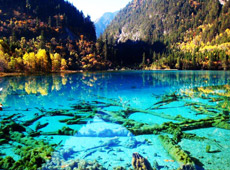 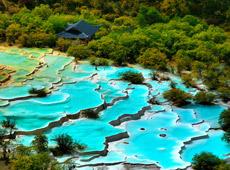 Mount Emei, or Mount Emeishan, is one of the Four Scared Buddhist Mountains of China, and is traditionally regarded as the Bodhimanda, the place of enlightenment. It was listed in World Heritage Site for its breathtaking scenery, mysterious natural wonders, and historical Buddhist sites.

No matter you take minibus and cable cars to the top of the mountain or choose to hike up, you won’t miss the Buddhist temples. There are about 30 Buddhist temples like Baoguo Temple, Crouching Tiger Temple, Wannian Temple, Qingyin Pavilion, temples at Golden Summit. Golden Summit is the best place to experience the Four Wonders of Mount Emei - the Buddha’s Halo, the Sea of Clouds, the Holy Lamp and the Golden Summit Sunrise. 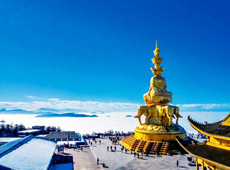 Standing 71 meters tall, Leshan Giant Buddha is the tallest stone Buddha statue in the world. According to the local saying “The Mountain is a Buddha and the Buddha is a mountain”. It overlooks the confluence of Mingjiang, Dudu and Qingyi Rivers. Together with Mount Emei Scenic Area, Leshan Giant Buddha was listed as a UNESCO World Heritage Site in 1996.

It was begin to build in 713 AD by a Chinese monk named Haitong. He hoped that the Buddha would calm the turbulent waters that plagued the shipping vessels traveling down the rivers. Now, besides the Dafo, travelers could explore more including Lingyun Temple Museum, Wuyou Temple, Han-dynasty Tomb Chambers. 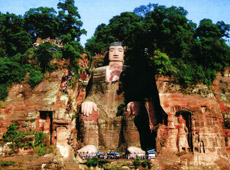 Dujiangyan Irrigation System, located western of Chengdu flatlands, is an ecological engineering project which was constructed around 256 BC by Li Bing. It mainly composed by two parts: the Weir Works and the irrigated area. While, the components of Weir Works include Yuzui Bypass Dike, the Feishanyan Floodgate and Baopingkou Diversion Passage. Dujiangyan Irrigation System features solve the problems of diverting water for irrigation, draining sediment, flood control and flow control without use of dams. Pay a visit to Dujiangyan and see how the system works. 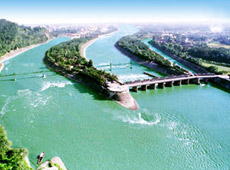 Mount Qingcheng, was birthplace of Taoism, is located 10 km away from Dujiangyan Irrigation System. Mount Qingcheng is divided into two parts: the Front Mountain of Qingcheng and the Back Mountain of Qingcheng. The Front Mountain is regarded as the Taoism pilgrim destination. Visitors could walk to Yuecheng Lake and take cable car up and see many palace along the way before reach Laojun Pavilion, which is located the highest peak of Mount Qingcheng. The Back Mountain is famous for the breathtaking scenery and quiet atmosphere. Hikers could spend a day to hike up to Baiyun Temple and get back by walking or cable car. 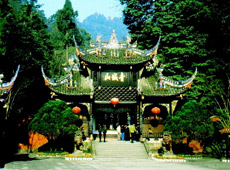 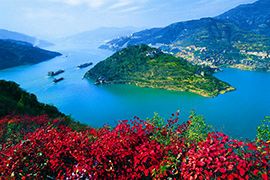 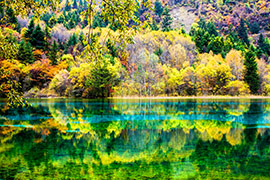 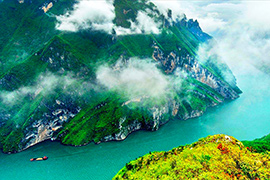 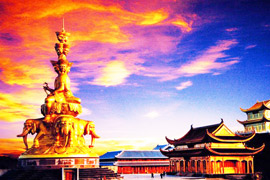