Inquiry
You are here: Home » About Us » Travel with Yangtze Cruise Specialists » Amazing Yichang Chongqing Yangtze River Cruise in Spring

In winter my boss asked me whether I would like to take cruise along Three Gorges in March. Wow cruise along Three Gores in earlier! That would be wonderful. I like this idea travelling in spring.
I took Gold 8, the newest cruise in Gold line. Service men are kind and helpful. They were willing to talk and share. We were lucky and saw many stars at night when sailing through gorges. Cabin was comfortable and enough for two persons sharing. I was lucky again to have a good roommate as well. We talked about travelling stories. Most of all, I enjoyed scene along the whole journey.

It got warm in earlier spring. I took high speed train to Yichang for Three Gorge Cruise. On the whole way, I saw yellow rapeseed flower with clear water in fields. Sun fell when I boarded cruise, and mountains was hidden behind mist, like traditional Chinese painting. 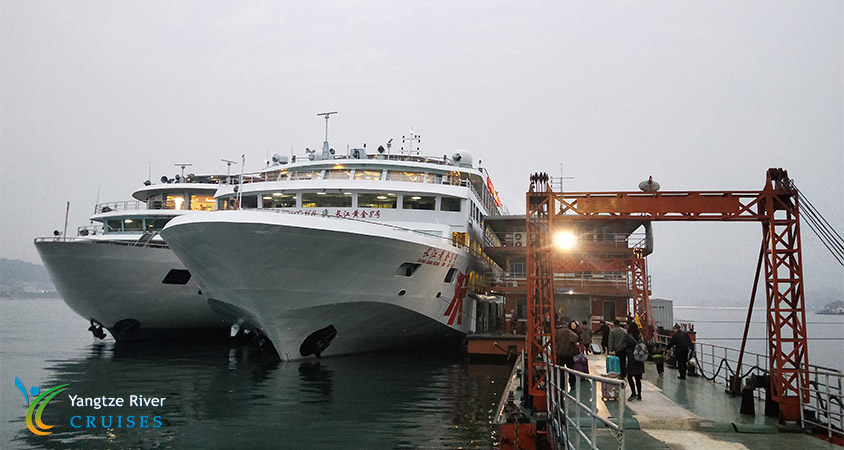 This morning, I chose Tribe of Three Gorges. It is a delicate small gorge. Plants gathered strength in the whole winter and now tender leaves was dancing in the earlier spring cold wind. All was full of hope. It was a refreshing and relaxing walk in this gorge. 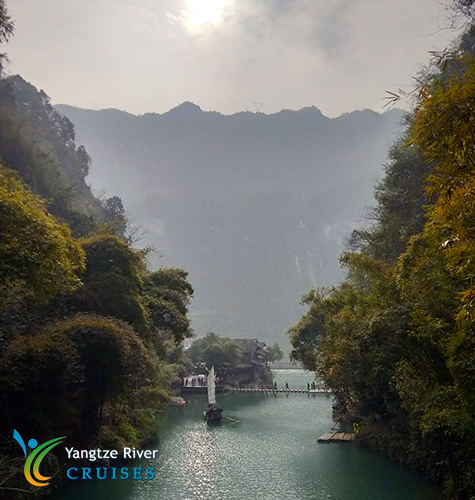 This afternoon I went with other passengers to Three Gorges Dam Site, the largest hydropower station in the world. Travelling experience was much better with the guidance of our tour guide, though personally I was not interested in any artificial instruction. Behind the dam was the hard-working and wisdom of thousands of workers. The Dam performs very well on power generation and flood control. 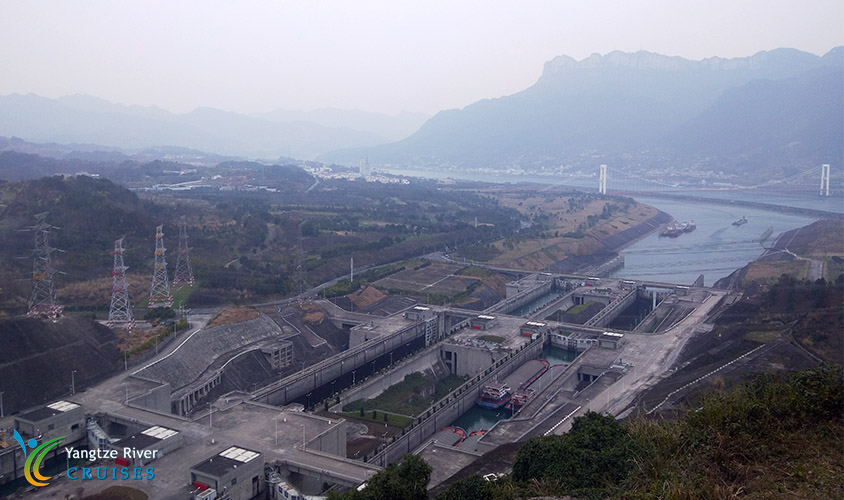 It was a cloudy day as well. Earlier this morning, I woke up and got to the Sun Deck to see Wu Gorge. To be honest, I did not know whether I found the right Wu Mountain. Anyway it was nice to travel through gorges behind mist, feel chill early spring air’s touch and fancy into the ancient time.

After breakfast, the whole boat passengers went to Lesser Three Gorges. We were divided into small groups and took several small boats in to Lesser Three Gorges. Tour guide pointed different hills and questioned, does it look like a Buddha. Chinese always preferred to make stories on lifeless stones. Groups of elder passengers were excited to take photos with red flag on the end of small boat. Every one found his/her pleasure on the small boat. I was lazy and lying on the second floor perfectly suited me.

Later I continued my trip to optional Mini Three Gorges and took a smaller boat in a narrower course. Several locals stand on hill aside and a man sang a ballad. 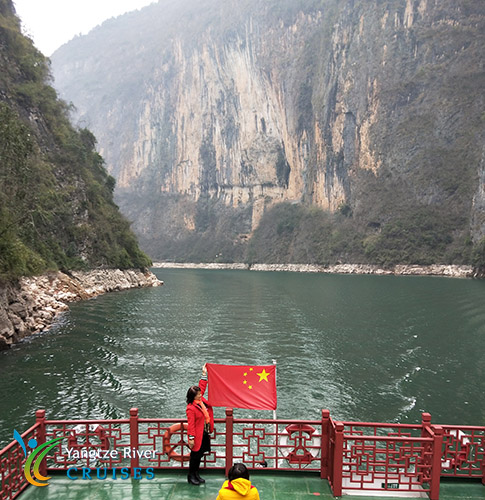 It was a busy day and I went to White Emperor City this afternoon. I chose this site because it is always mentioned in Chinese poem and I am a poem lover. Standing on the highest point, I saw the gorgeous Kuimen Gate, the starting of three gorges and important crucial port to enter Sichuan Province in ancient time. 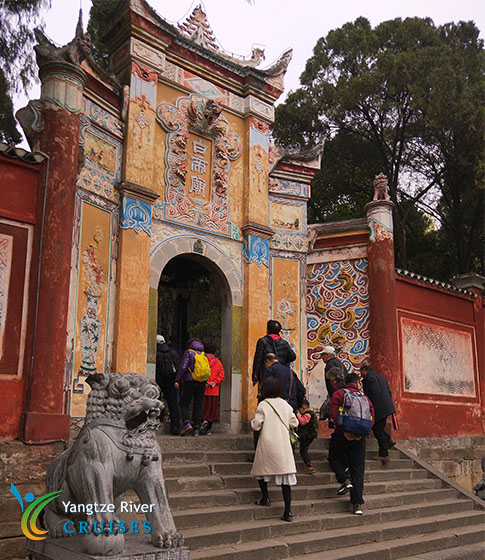 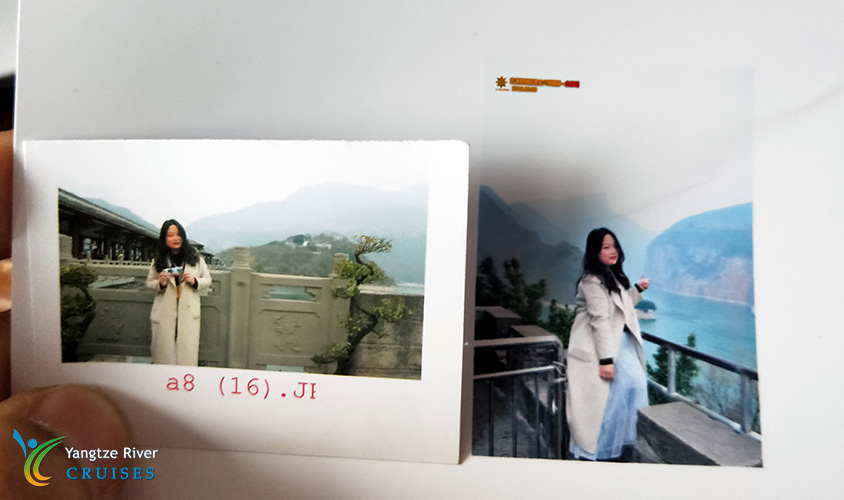 It was a peaceful and relaxing morning. I was allowed to enter Captain’s Operating Room after choosing three optional activities. It was a pity that some persons were noisy. 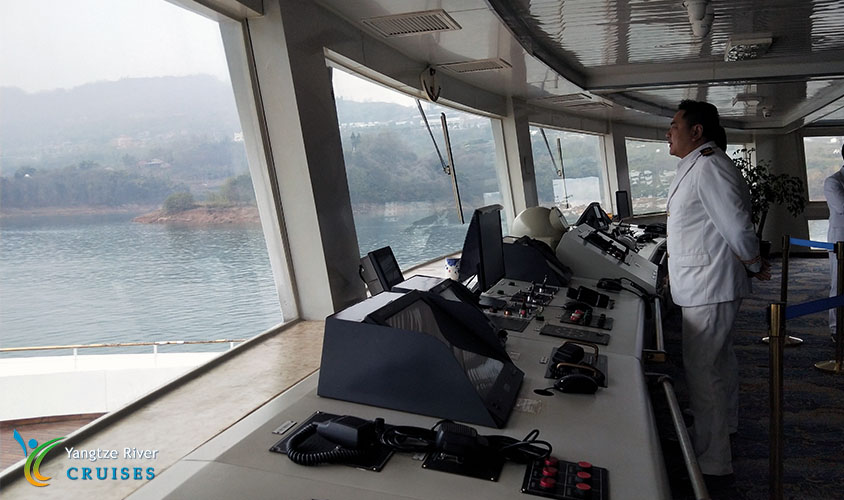 Fengdu Ghost City in this afternoon was the last destination. Outside the site is a small square, where locals ride bike and take gentle walk. The whole building inside was beautiful with serene atmosphere, beyond my expectation. I was obsessed about the shade and color on wall, light through the green leaves.

Cruise sailed the whole night. And in late night, I stood on Sun Deck and saw higher buildings. We were near to City. 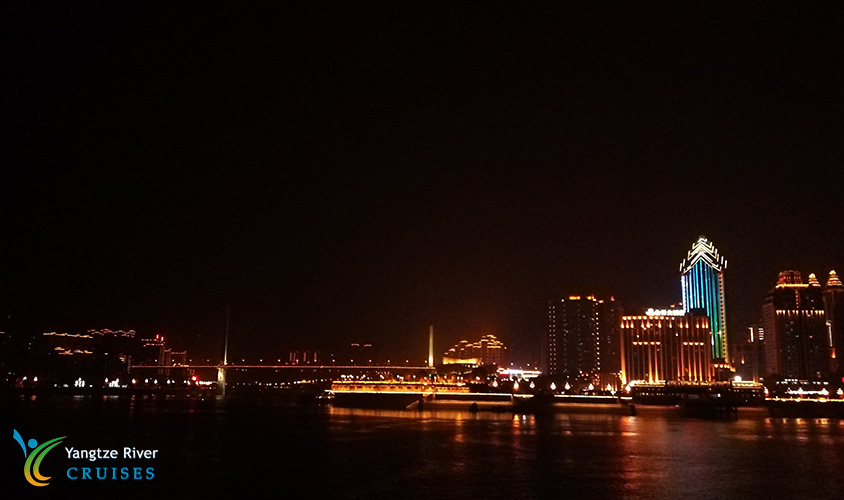 Day 5: Disemarking Gold 8 & Travel Back to Chengdu from Chongqing by High Speed Train

It was the final day and the cruise will end in Chongqing Chaotianmen Port. Gold 8 arrived at port very earlier and my roommate chose an earlier train back home. I was alone in the cabin now.

Finishing breakfast, I packed my baggage to leave ship. Once I stepped on the land, the remote memory become alive again. I spent 4 years in this city and have not gone for about 2 years, though only about 1.5-hour high speed train driving. This city looks like the same as my memory. On narrow streets, noisy and hardworking people were busy with their jobs now. Same that I finish my holiday and back work.

" Hi, I'm Lily. Are you interested in my 5 Days Yangtze River Cruise? Feel free to contact me, and I will be glad to tell you more stunning stories about the places I have visited. Or, if you want to customize a tour on your own, I'm always ready to help at any time. With my passion, knowledge and understanding of the essence of travel, I promise I will try my best to make the tour memorable and meaningful for you. "