You want to cruise on the Yangtze River but have difficulty to choose your suitable ship? You must want to stay in a fine room and have fun with the updated environment since you know that a river cruise is quite different from a tour on the land. Here are seven top newest ships recommended by Yangtze River Cruises, which offer the very new decoration from the cabins to the restaurants, user-friendly facilities, warm and great services and receive good reputation from many traveler guests. Let’s check each one as below to warm up before your Yangtze River cruise trip! 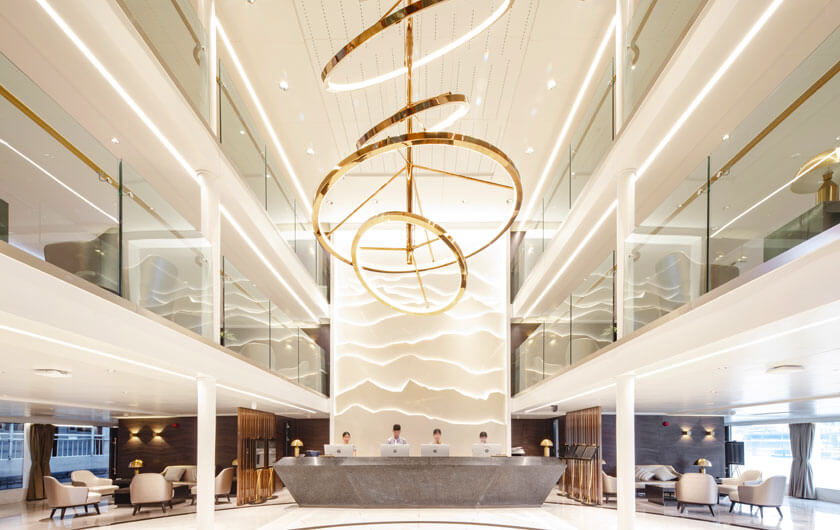 Century Glory, going to make its first launch on September 11, 2019, is the “NEWEST” vessel among all the Yangtze River cruises. It is the eighth luxury ship of Century Cruises after Century Paragon and Century Legend. To meet most travelers’ demands, it will sail through the golden and classic route between Chongqing and Yichang to witness the beautiful Three Gorges and magnificent Three Gorges Dam Site!

It can hold up to 650 dearest guests onboard and travelers can select among 8 kinds of cabins and suites. No matter you are family with kids, or go on a honeymoon / anniversary / birthday / business trip, you’ll find your favorite accommodation here! Besides, this newly built ship will certainly provide incomparable high quality service to serve every dear traveler in every detail! Go with the brand-new Century Glory only at $453-$551 in the year of 2020! 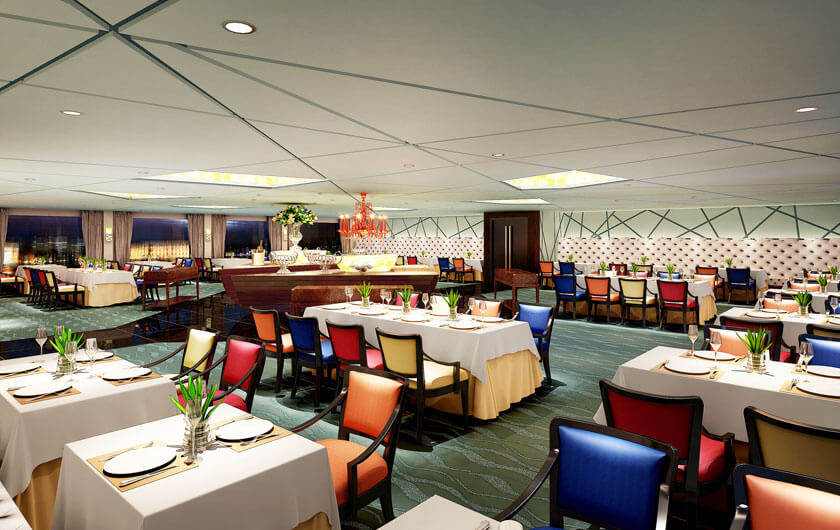 Century Paragon and Century Legend are two sister ships newly constructed in the spring of 2013. Choosing this pair of “Platinum Series” Century Cruises, you will not only have a sweet rest in the very elegantly decorated and modernly installed cabins or suites, but also enjoy the rich and delicious dishes and beverages with the new tableware in the finely decorated restaurants.

What’s more, the Century Paragon and Century Legend also creates many “FIRST” equipment and services onboard, such as the first large indoor thermostat swimming pool area of 200 sq. m. wide, first cinema for 150 people at once, first ships having private balcony in every cabin, and so forth.

Adopting the electric propulsion system, the Century Paragon and Century Legend produce less noise and shake during cruising. And that is both more eco-friendly and better for the sleeping of the guests. 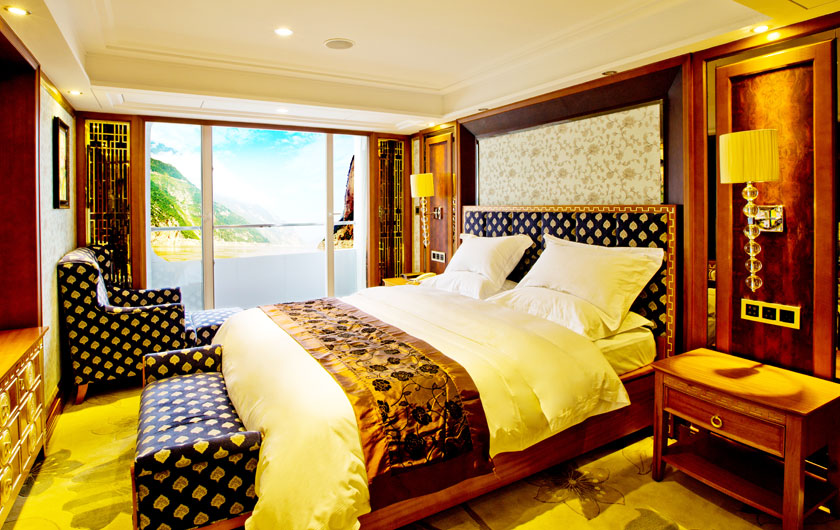 Having their maid voyage on April, 2013, President No. 7 and President 8 are two star ships of President Cruises on Yangtze River. To give travelers better sleeping and entertainment environment and space, these two ships of 146.8m long and 20.2m wide were built to the maximum limitation of ships on the Yangtze River.

As the top recommendation for foreign guests, President No. 7 & 8 provide and typical western style decoration and design of both modern elements and classic European aesthetics, so you will spend less time adapting to a new place. Moreover, on the ship, you will enjoy the most advanced facilities, like satellite Television, satellite phone, television relay of HBO and CNN….. 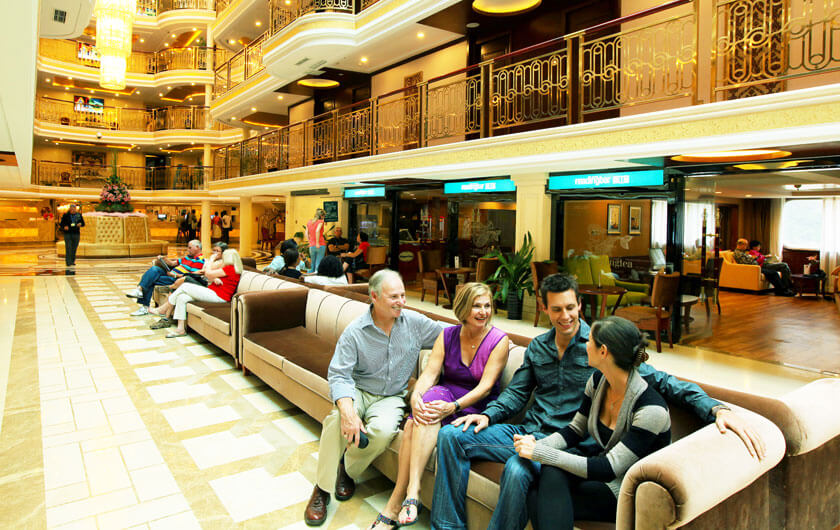 Stroll at the Atrium Hall on Yangtze Gold Cruise No. 7 & 8 Ships

Yangtze Gold 7 and Yangtze Gold 8 are sister ships of Yangtze Gold Cruise that is famous for the travelling service for both domestic and international guests. On these two great cruises newly built in April, 2013, every room has a private balcony, which provides the fancy sightseeing in front of you while in the cabin or suite. Also, these ships are well equipped with the newest and most luxury facilities and accessories compared with ships of the same level.

You will not be bothered by the loud sound of the engines since the ships have applied the new techniques to make the noise down to near 40 decibels in the rooms and about 45 decibels in public areas. What you need to do is to fully enjoy the diverse activities, performances, entertainment, sauna, and SPA services, and experience and 5-star Yangtze River cruise trip on Yangtze Gold 7 or Yangtze Gold 8.

Besides the newly constructed Yangtze River ships, other earlier built but recently refurbished cruises, like Victoria Katarina, also will give you beautiful memory along your trip. 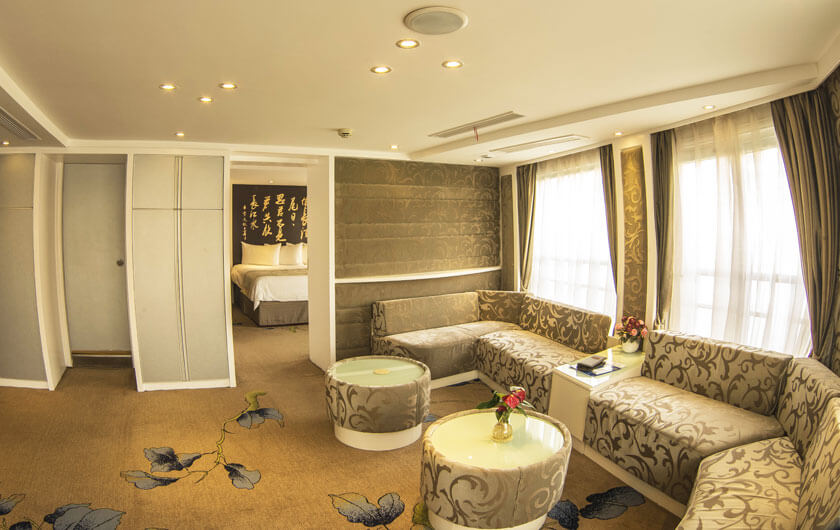 Larger private space & private balcony: sister ship of Victoria Jenna and newly refurbished in 2017, is a highly recommended ship of Victoria Cruises that has awarded the 2011 Travel Age West Wave Award Editor’s Pick for Best River Cruise Line. On this ship, you can have a larger private space than in any other Victoria Ships. Since all the cabins on Victoria Anna offer private balconies, beautiful sceneries of the gorges and Yangtze River show just in front of your room.

Great American services: With professional staff, diverse kinds of activities onboard and under the management of an American group, Victoria Anna will not disappoint you but give you a wonderful trip along the Yangtze River and the interesting sites.

Your can rely on their expert knowledge and endless enthusiasm!