Fengdu - "the Ghost City"（丰都鬼城）, which also called the “City of Ghosts” on Ming Mountain with a history of 1900 years, is located on the northern bank of the Yangtze 176 kilometers downstream from Chongqing.

The Ghost City now has become one of the most popular shore excursion sites for many popular Yangtze Cruise Ships such as Victoria Cruises, President Cruises and Yangtze Gold Cruises. It is a great historical site definitely worth visiting when having your Yangtze Cruise Tour.

Fengdu received its reputation as the “Ghost City” during the Eastern Han Dynasty (25 AD – 220 AD). Two officials from the imperial court – Wang Fang Ping and Ying Chang Sheng – were bored with the political life in the court and came to Ming Mountain outside Fengdu City to practice Taoist teachings. Both of them later became immortals by carrying out self-cultivation. When combined together their surnames – Yin and Wang – sound very much like "King of Hell" in Chinese.

Hence the people began to call Fengdu the “Ghost City”. This local legend became famous throughout China during the Ming Dynasty about 400 years ago when it was mentioned in the Chinese classic novel, A Journey to the West. 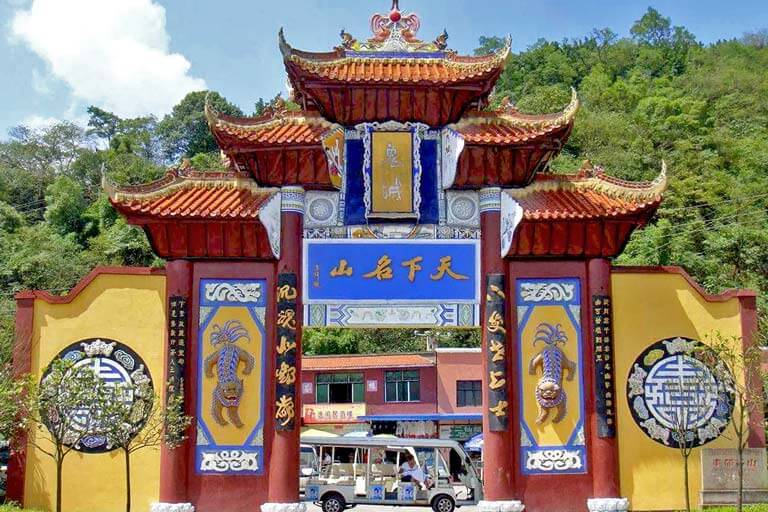 A shore excursion to Fengdu Ghost City may be is a culture shock tour for many western travelers. For the different cultures between Western countries and Eastern countries, to some extent, the Chinese Ghost Culture is difficult to comprehend.

To Chinese, the social structure in the underworld is exactly like that in the real world. In hell, spirits would go through a whole bureaucracy of underworld officials to receive their final judgments. Those pure spirits would be rewarded and those sinful ones would be subject to severe punishments. The temples built on Ming Mountain display punishing instruments and wild demon images, which vividly depict the Chinese people’s imagination of Hell. 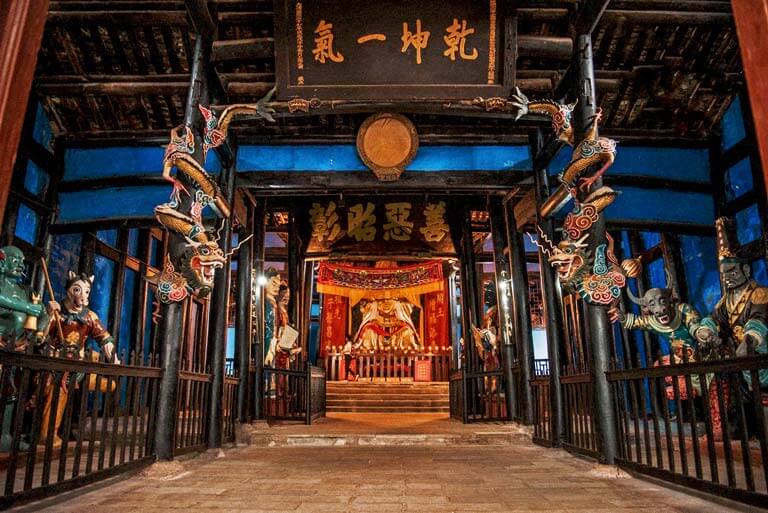 What to See in Fengdu Ghost City

Today, Fengdu throngs with many tourists who come to visit temples and shrines dedicated to the Gods of the underworld.

Landmarks here got horrific names - Last-Glance at Home Tower, Nothing-to-be-done Bridge, and Ghost Torturing Pass – the three trials for ghosts who wanted to enter the nether world. In addition, Tianzi Palace and the River of Blood are also the highlights which you should never miss.

The bridge is composed on three identical stone arches, and the middle one is used for testing people. There are different protocols for crossing the bridge depending on your gender, age and marital status.

Below the bridge are square-shaped pools of water. Virtuous people will pass over the bridge without obstacle; villainous people will fall into the pools below. The other two arches are called the golden and silver bridges respectively. When preparing to leave, visitors are encouraged to pass these two bridges because according to local superstition this will bring them good fortune.

The Ghost Torturing Pass is the second test before enter into the nether world. It is said that this is the place where the dead report to the Yama, the King of Hell, for judgment. In front of the structure there are eighteen sculptures depicting ferocious demons. Each of these devils is quite lifelike creating a feeling of true eeriness.

This ghostly structure was built in 1985 and commemorates the site where spirits consigned to hell could take one last look at their families.

Having over three hundred years' history the palace covers an area of nearly 2,908 square yards. It is composed of a temple gate (paifang) and the palace itself.

The gate is an archway made of wood and stone rising to height of nearly 33 feet. The palace is the nerve center of the Ghost City and is the oldest and largest temple on Ming Mountain. 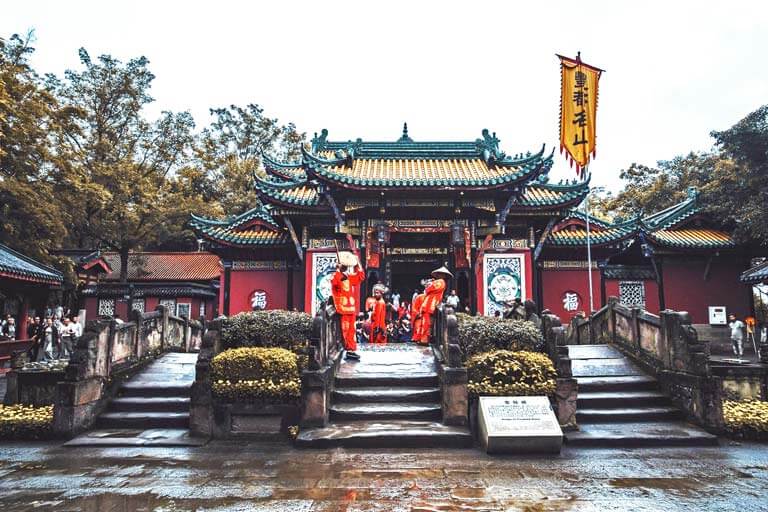 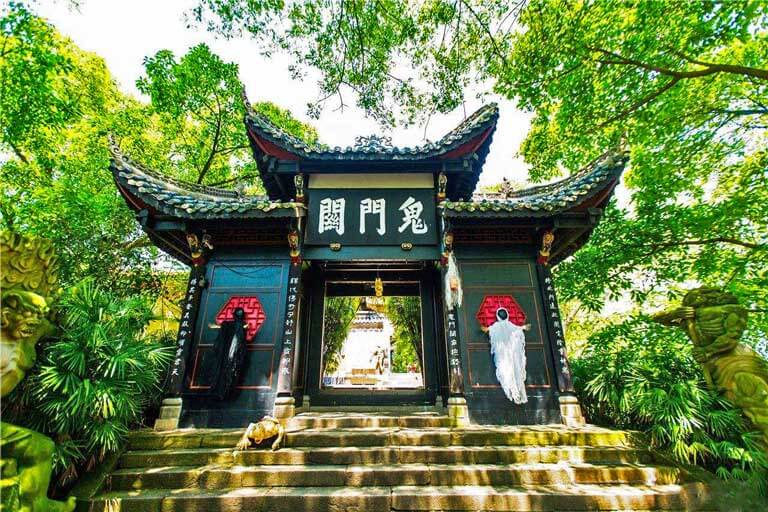 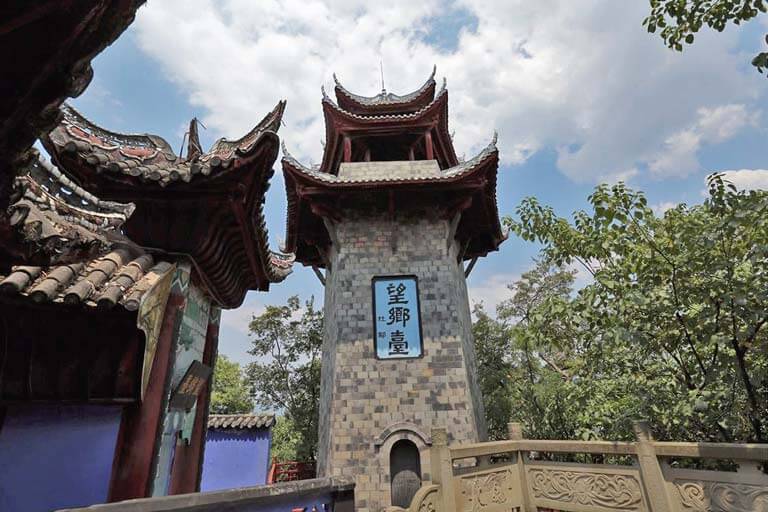 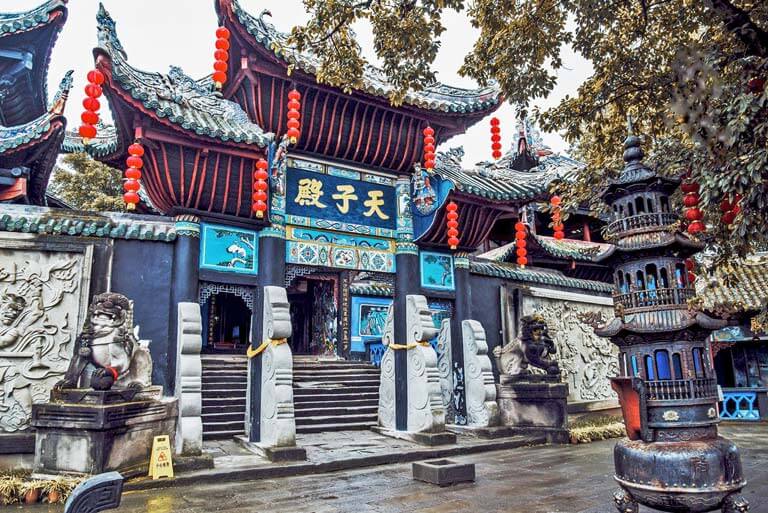 This was fun - Interesting bit of old culture and campy at the same time.” The temples are recently restored and have very new Buddhist statues in them. There are numerous gimmicks that provide opportunities for photographs and videos. A great experience and a definite photographers delight. - From Our Guest 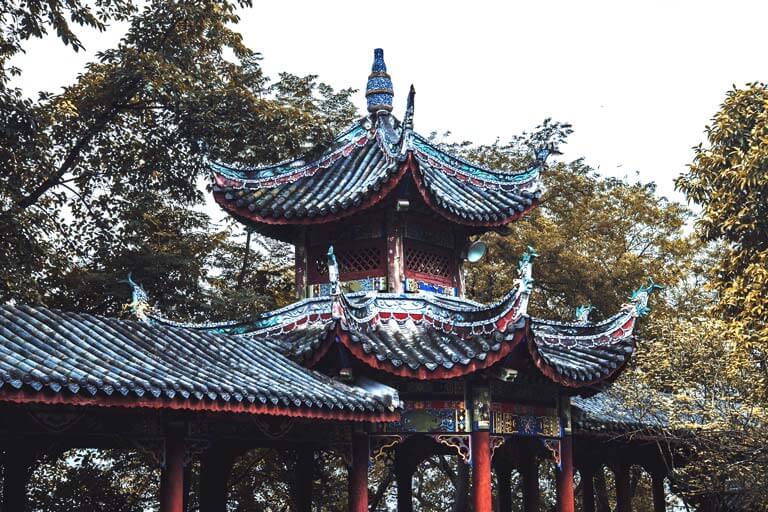 Wuyu Mountain (Five Fishes Mountain) is the key scenic spot in Fengdu to know deeper about the Chinese Taoism and get close to nature. The conspicuous yellow sacred statue of the Jade Emperor is just worshipped there at the mountain peak. Based on the spiritual concept of 4 phenomena, 5 elements and 8 diagrams, more than 30 traditional temples and 208 holy statues of deities are well displayed in the Jade Emperor Scenic Area (玉皇圣地, also called Sacred Place of Taoism), which aims to present visitors the real traditional Taoist culture, and the typical combination religious culture of Taoism, Buddhism, and Confucianism in China. Also, you would encounter with the exquisite pagodas, pavilions, corridors, terraces, etc. to get more fun. Moreover, those interesting stories and legends about the Chinese immortals and the beautiful natural views of mountains, springs, floras, rivers and so forth would make your excursion really amazing. If you are interested in the old structures and traditional Chinese culture and religions, do not miss this great place. (PS: to visit the Jade Emperor Scenic Area, you could choose the downstream cruise of Victoria Anna and Victoria Jenna which offer shore excursion visits to this attraction.) 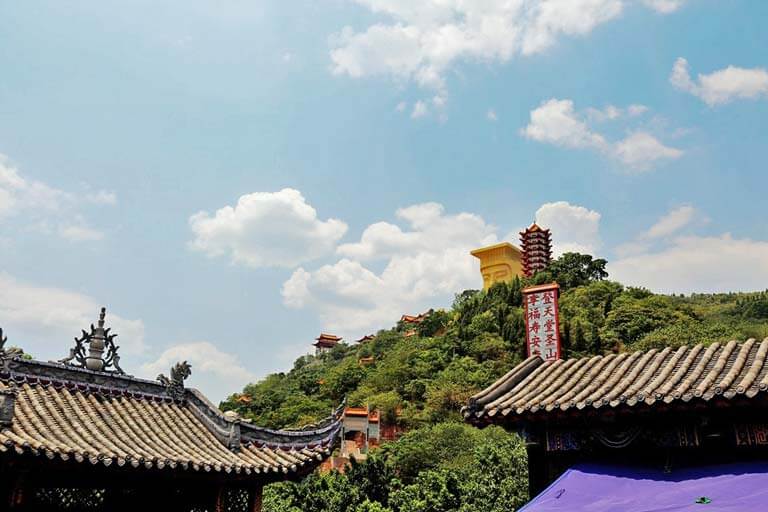 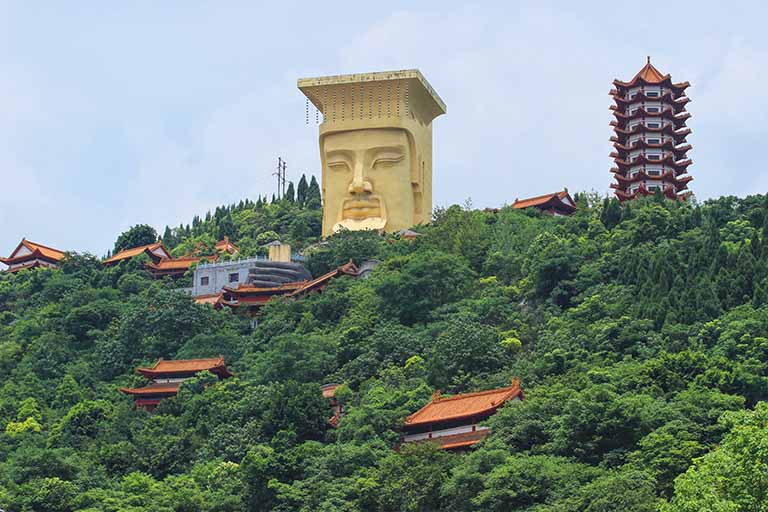 Thank you for the good question. For different Yangtze River cruise companies, they have different arrangement of the optional shore excursion sites and standard for charging the fees. You may check the detailed prices of each cruise company by visiting our page: https://www.yangtze-river-cruises.com/customer-support/shore-excursion-tips.html.

If you are planning to join the Yangtze River cruise, please send your nationality, group size, ideal cruise ship, traveling time to China, and more other information you would like to give by Email, and then our professional travel expert would contact you soon to help tailor make your wonderful trip in China with sincere and professional quality.